Layla Kayleigh Net Worth: Layla Kayleigh is a British-American TV personality who has a net worth of $500 thousand dollars. Layla Kayleigh was born January 26, 1984 in London, United Kingdom. She is best known as the former host of The Feed segment of G4's Attack of the Show! and currently co-hosts MTV's America's Best Dance Crew where she serves as backstage correspondent and also hosts MTV reunion shows such as Teen Mom and Teen Wolf.

When Kayleigh was 12, her mother planned for them to go to America and apply for US citizenship, but Kayleigh chose to stay in London. With her single mom in the US, the only child took care of herself and kept her solitude a secret, fearing that if news came out on her being alone social services would come to get her and possibly take her to a foster home. Kayleigh started her TV career when she hosted Britain's MTV2 and went on to host several other shows including Attack of the Show, The Best Damn Sports Show Period and World Poker Tour. She has also appeared on Red Eye, Icons and Punk'd. She was half-time show correspondent for ABC's football broadcasts and was also an entertainment and sports reporter for the Vegas Insider. Aside from being a TV host, Layla Kayleigh's voice can also be heard on the radio as well; she regularly works on The Covino and Rich Show and on The Naked Truth. Kayleigh also guests on Maxim Radio's The Stretch Show on a weekly basis. In 2007, Layla Kayleigh made her big-screen debut as Madison on the romantic drama film A Simple Promise, written by Max Luces and directed by Earnest Harris. She formerly work for Al Gore's Current TV network, but was fired when she posed for Maxim. Other websites and magazines that featured her were Gambling.com, King Magazine and Bluff Magazine. In 2008, Layla Kayleigh ranked No. 33 in AskMen.com's list of Top 99 Most Desirable Women. 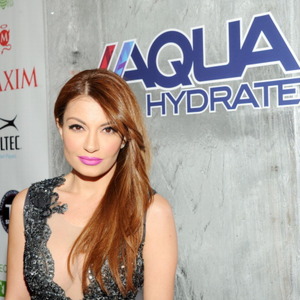