Lauren Thompson net worth: Lauren Thompson is an American television personality, model, and voiceover actor who has a net worth of $1 million. Lauren Thompson was born in Winter Park, Florida in July 1982. She has appeared in music videos including for the songs "Hicktown" by Jason Aldean and "Praise" by Sevendust.

Thompson has worked for Total Nonstop Action Wrestling (TNA) as a backstage interviewer under the name Lauren Brooke. She works for the Golf Channel and has hosted Top Ten, Golf Now, and College Sports Minute, but is best known for co-hosting Morning Drive. Lauren Thompson is married and has two children. 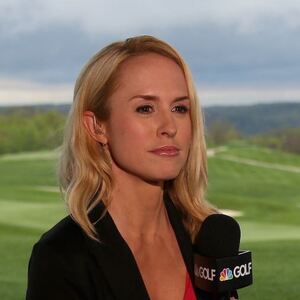