Lauren Tannehill net worth: Lauren Tannehill is an American model who has a net worth of $1 million dollars. Born in Atlanta, Georgia, Lauren Ufer Tannehill, also known as Lauren Ashley Ufer, graduated from A&M Consolidated High School in Texas. She was a high school athlete, competing on the tennis team, and cheering on the varsity cheerleading squad. She went on to attend Texas A&M University. She graduated in 2010 with degrees in Communications and Psychology. When she is not pursuing a career in modeling, she works as a cardiology assistant. She has appeared in multiple print campaigns for the Da Vinci wedding dress line, as well as modeling handbags for Gucci, and appearing in a spread in Maxim Magazine. She is most widely recognized as the wife of Ryan Tannehill, the very successful rookie quarterback for the Miami Dolphins. They met in 2009 at Texas A&M and were married during the summer of 2012. 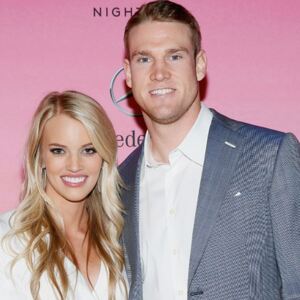