How much is Lauren London Worth?

Lauren London net worth and salary: Lauren London is an American actress and model who has a net worth of $8 million. Born in Los Angeles, Lauren London first attended Palisades High School, but ultimately decided to be home-schooled so that she could focus on her acting career. Her mother is African-American and her father is white. She began her professional career appearing in multiple music videos for such artists as, Snoop Dogg, Pharrell, Tyrese, T.I., Ludacris, Common, and Ne-Yo. She then transitioned into film and television work in 2006. She first caught the public's attention with a guest-starring role on "Everybody Hates Chris". She also starred in the hit film, "ATL". Since then, she has gone back and forth between guest-starring and co-starring roles in such film and television projects as, "This Christmas", "I Love You, Beth Cooper", "Entourage", "90210", "Next Day Air", "Single Ladies", "Reed Between the Lines", and "Madea's Big Happy Family". Lauren was a series regular on the show "The Game". She appeared in a total of 44 episodes between 2013 and 2015. She was a bridesmaid at Khloe Kardashian's wedding and has appeared in a number of Kardashian-related television shows. Lauren has one son with rapper, Lil Wayne. They met when she was 15 years old and were briefly engaged. Lauren began dating rapper Nipsey Hussle in 2013. She gave birth to their first child, a boy, in August 2016. Tragically, Nipsey was shot and killed on March 31, 2019 outside of his clothing store in Los Angeles. 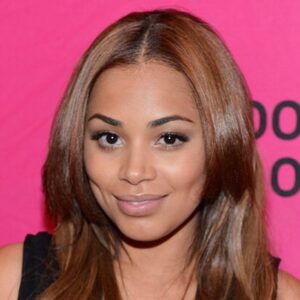