Lauren Hutton net worth and salary: Lauren Hutton is an American actress and model who has a net worth of $10 million dollars. Lauren Hutton was born in Charleston, South Carolina and graduated from Tulane University. She moved to New York after completing her degree at Tulane in the mdi-60s, and launched a very successful modeling career. She went on to appear on the cover of Vogue Magazine a record 26 times, as well as modeling for countless other fashion greats. She was the face of Revlon Cosmetics from 1974 to 1983, and then became the face of the Revlon Results line in 1993. She has also enjoyed a moderately successful acting career, appearing in such projects as, "The Gambler", "Someone's Watching Me!", "American Gigolo", "Once Bitten", "Timestalkers", and "Central Park West". She also has her own line of cosmetics called, "Good Stuff". She posed nude for Big Magazine at age 61.

Personal Life and Finances: Lauren was in a relationship with Robert "Bob" Williamson for 27 years between 1964 and his death in 1997. Bob purportedly served as Lauren's career and financial manager. When he died she was under the impression that her net worth was somewhere in the $15 – $20 million range. As it turned out, she was nearly broke after Bob had squandered $13 million. She would later reveal that her modeling and acting money could have been $30-40 million today if it had been passively invested. 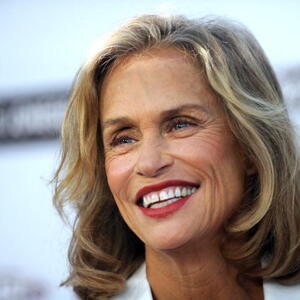