Lana Gomez net worth: Lana Gomez is an American celebrity who has a net worth of $1 million. Lana Gomez was born in Naples, Florida in September 1983. She is best known for being married to Sebastian Maniscalco. Gomez graduated from the University of Tennessee.

She married the stand up comedian and actor Maniscalco in 2013. The couple had their first child, daughter Serafina in May 2017 and their second child, son Caruso in June 2019. Lana Gomez appeared in the 2019 short Sebastian Maniscalco Live from Madison Square Garden. She was also listed as a producer for the 2014 TV special documentary Sebastian Maniscalco: Aren't Your Embarrassed?. Gomez worked with interior designer Kelly Wearstler and designed a guitar sculpture on the Sunset Strip. She has been featured in publications including House Beautiful, The New Yorker, and more. Sebastian Maniscalco has appeared in the specials Sebastian Live, What's Wrong With People?, Why Would You Do That?, and Stay Hungry. 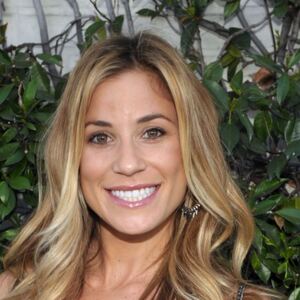