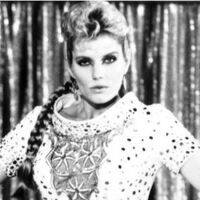 Lana Clarkson Net Worth: Lana Clarkson was an American actress and fashion model who had a net worth of $100 thousand dollars. Lana Clarkson was born in Long Beach, California in April 1962 and passed away in February 2003. Clarkson became popular for her work in sword and sorcery films in the 1980s. Her debut film role came as Mrs. Vargas in the 1982 movie Fast Times at Ridgemont High. She went on to star in the movies My Favorite Year, Female Mercenaries, Deathstalker, Brainstorm, Scarface, Blind Date, Barbarian Queen, Amazon Women on the Moon, Wizards of the Lost Kingdom II, The Haunting of Morella, Vice Girls, Another Nine & a Half Weeks, and March. She also appeared in episodes of the TV series Three's Company, The Jeffersons, Brothers, The New Mike Hammer, Riptide, Knight Ride, Who's the Boss?, The A-Team, George Burns, Comedy Week, Hotel, Amazing Stories, The Love Boat, It's a Living, Night Court, Wings, Silk Stalkings, Night Stand, Land's End, 18 Wheels of Justice, and Black Scorpion. Lana Clarkson was fatally shot by music producer and songwriter Phil Spector in his mansion. She passed away on February 3, 2003 at the age of 40.