Laetitia Casta net worth: Laetitia Casta is a French actress and model who has a net worth of $12 million dollars. Laetitia Casta was born in Pont-Audemer France in 1978. She started her modeling career after being discovered while on vacation at a French island with her family as a teen, and has since worked with international brands such as L'Oreal Paris, GUESS?, Chanel, and Tommy Hilfiger.

Casta became a Victoria's Secret Angel in the late 1990s and has been on the cover of dozens of magazines, including "Vogue", "Rolling Stone", and "Cosmopolitan". Casta attracted some controversy after she was chosen in a French survey to be the new model for the bust of Marianne, a national symbol of the French Republic. Shortly after being selected, Casta left her country to move to London, reportedly to escape a higher tax rate. Later, she would become famous for several acting roles, and is the winner of the Golden Swann of the Best Actress award, given by the Cabourg Film Festival in France, for her role as Catherine in the 2008 French film "Born in 68". 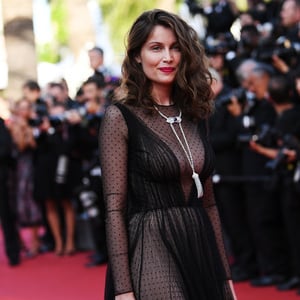