Kym Johnson net worth: Kym Johnson is an Australian professional ballroom dancer and television performer who has a net worth of $1 million. Kym Johnson was born in Sydney, New South Wales, Australia in August 1976. She is best known for being a featured dancer on the reality television series Dancing with the Stars.

She started dancing at three years old and started ballroom dancing at 13. Johnson finished 2nd at the Australian Dancesport Championships in 1998. She has been a dancer on Dancing with the Stars since 2004. Johnson was a contestant on the TV series Celebrity Survivor in 2006. She has won the competition with partners Tom Williams in Australia and Donny Osmond and Hines Ward in the United States. Johnson has also been partnered with Jerry Springer, Joey Fatone (twice), Mark Cuban, Penn Jillette, Warren Sapp, David Alan Grier, David Hasselhoff, David Arquette, Jaleel White, Ingo Rademacher, and Robert Herjavec. She appeared in the Australian magazine FHM in 2006 and stripped down for an ad campaign for PETA in 2013. 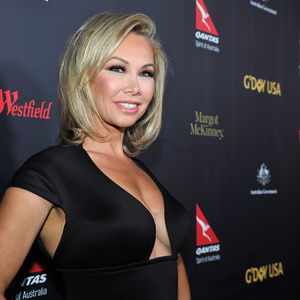