Kriti Sanon Net Worth: Kriti Sanon is an Indian model and actress who has a net worth of $2 million. Kriti Sanon was born in New Delhi, India in July 1990. She made her acting debut in the 2014 physiological thriller film 1: Nenokkadine as Samira. Sanon also starred as Dimpy in the film Heropanti in 2014. In 2015 she starred in the movies Dohchay as Meera Varma and in Dilwale as Ishita. Sanon won a Popular Award at the Awards of the International Indian Film Academy for Best Female Debut in Heropanti. She also won a Screen Award for Most Promising Newcomer – Female for the same role and won a Vogue Beauty Award in 2014 for Face to Watch Out For. Sanon has also endorsed several brandings including Titan Watches-Raga Collection, Trident Grouo's – Bath & Home Linen, Parachute, American Swan, and more. 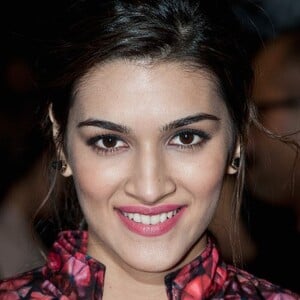