How much is Kristen Taekman Worth?

Kristen Taekman net worth: Kristen Taekman is an American model, housewife and entrepreneur who has a net worth of $20 million. Kristen Taekman is probably best known for being one of the cast members of The Real Housewives of New York City. Kristen lives in TriBeCa with her husband Josh Taekman and two children. Josh Taekman made a fortune after founding the energy drink company eBoost. Prior to launching eBoost, Josh was VP of Marketing at Diddy's Bad Boy records. Kristen fits perfectly into the cast of The Real Housewives of New York City, and ironically was friends with Beverly Hills Housewife, Brandi Glanville, prior to starting the show. Outside of being a mom and reality television star, Kristen is also the entrepreneur behind the greeting card company 2nd Street Press. She grew up in Farmington, Connecticut. After graduating from high school, Kristen moved to Paris to pursue a modeling career. As a model she lived in or traveled to Italy, Australia, Miami and Los Angeles. Between 2009 and 2013, Kristen and Josh lived in Venice Beach, California where both of their businesses began to take off. Today 2nd Street Press is a thriving business, selling greeting cards and memory boxes to fans all over the world. Kristen and her husband have been married for over 10 years and are open and honest about the ups and down of their relationship while filming The Real Housewives of New York City. 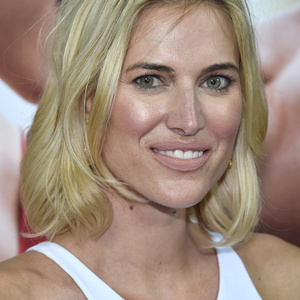