Vanderpump Rules follows the lives of several co-workers at a West Hollywood, California restaurants called SUR and PUMP, both of which are owned by Lisa Vanderpump.

Lisa Vanderpump is most widely known as one of the stars of Real Housewives of Beverly Hills. She has starred on the show since season one in 2010. Kristen Doute worked at SUR for longer than anyone else on the show. She is an aspiring actress who has been nominated for several awards including Best Actress in a Drama at the ITV Film Festival. Kristen dated co-worker and fellow reality star Tom Sandoval for four years. On the show, their relationship is portrayed as fairly volatile. It has been revealed that Tom has cheated on Kristen several times. In February 2014, Kristen admitted that she had cheated on Tom as well, sometimes for as long as several months at a time with the same man. Kristen Doute was born in Dearborn Michigan but now officially calls Los Angeles home.

Real Estate: In May 2019 Kristen spent $1 million on a home in West Hollywood, California.

Firing: In June 2020 Kristen, Stassi Schroeder, Max Boyens and Brett Caprioni were fired by Bravo over resurfaced racist comments and actions. Stassi and Kristen were fired after it was revealed that they called police to accuse a black cast member, Faith Stowers, of committing a theft. The two had seen an article in the Daily Mail that showed a black woman stealing and they called the police to claim to it was Faith, when it was clearly a different person. 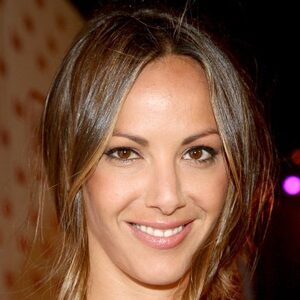