What is Kourtney Kardashian's net worth?

Kourtney Mary Kardashian was born on April 18, 1979 in Los Angeles. She is the eldest child of Kris Jenner and the late Robert Kardashian. She has three siblings, Kim, Khloé, and Rob. Her parents divorced in 1991. That same year her mother married Bruce (now Caitlyn) Jenner.  She also has two younger half-sisters, Kendall and Kylie, from her mother's marriage to Caitlyn Jenner. In 1994, her father Robert Kardashian gained public attention as one of the defense lawyers for O.J. Simpson during his trial for the murder of his ex-wife Nicole Brown Simpson and her friend Ron Goldman.

Kourtney attended the all-girls Marymount High School in Los Angeles. After graduation, she moved to Dallas to attend Southern Methodist University. She transferred to the University of Arizona in Tucson, Arizona her junior year. She graduated from college with a bachelor's degree in Theatre Arts. Nicole Richie and Luke Walton were her classmates at Arizona.

The first reality show Kourtney appeared on was  "Filthy Rich: Cattle Drive" in 2005.  Then, in 2007, a sex tape her sister Kim made with then-boyfriend Ray J in 2003 was released. That sex tape, called "Kim Kardashian Superstar," led to her (and her family's) rise to fame. Later in 2007, Kourtney, her mother Kris, her step-father Bruce/Caitlyn, and her siblings Kim, Khloé, Rob, Kendall, and Kylie were all hired to star in the E! reality series "Keeping Up with the Kardashians." The series has been a smash hit and in 2020, it is still on the air. It also spawned a number of spin-off series.

In late March 2011, Kourtney made her acting debut on the ABC soap "One Life to Live." Kardashian watched the soap growing up and getting to appear on it was a lifelong dream. She played an attorney. Her performance received negative reviews from critics.

She released a makeup collection with Kylie Cosmetics, named Kourt x Kylie, in 2018.

On March 5, 2019, Kardashian released her new lifestyle website named Poosh. In late August 2020, Kourtney announced that her lifestyle brand Poosh would be hosting a virtual wellness event. The one-day event will be held on Saturday Sept. 26 and will feature various workshops, activities and conversations designed to engage and inspire the Poosh reader. 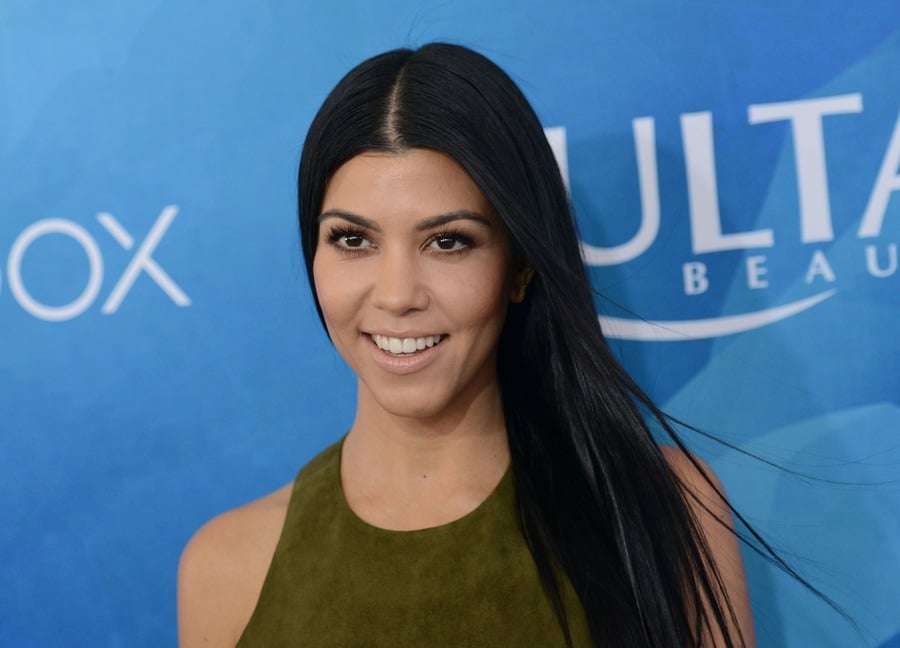 Kourtney, Khloé, and Kim promoted diet supplement Quick Trim across their social media channels. The sisters were named in a class-action lawsuit worth $5 million in March 2012 when QuickTrim was accused of false and deceptive marketing.

Kourtney began dating Scott Disick in 2006.  They met at friend Joe Francis's house party in Mexico. The couple has had an on-again, off-again relationship, all throughout the filming of the show. Kourtney gave birth to their first son, Mason Dash Disick, on December 14, 2009. Mason's birth was filmed and aired during the 4th season of "Keeping Up with the Kardashians." On July 8, 2012, Kourtney gave birth to their second child, daughter Penelope Scotland Disick and on December 14, 2014, to their third child, a son, Reign Aston Disick, on Mason's 5th birthday. In 2015, the couple announced that they were separating.

Kourtney took 26-year-old Younes Bendjiman as her date to the Kardashian/Jenner family Christmas party in 2019.

For her part on "Keeping Up with the Kardashians," Kourtney is paid $4.5 million per season. The rest of her salary comes from Instagram endorsement deals (she makes up to $250,000 per sponsored post), as well as her now-defunct app and website, Kourtney with a K, and her website, Poosh.

In June 2021 Kourtney paid $12 million for a home in La Quinta, California. Her mom also owns a home in the same gated community called the Madison Club. 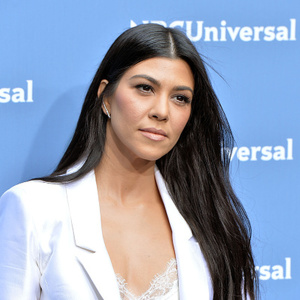