Ko So-young net worth: Ko So-young is a South Korean actress and model who has a net worth of $12 million. Ko So-young was born in Seoul, South Korea in October 1972. She has starred in many films including Friend, My Friend, The Fox with Nine Tails, Beat, First Kiss, If the Sun Rises in the West, Love Wind Love Song, Love, Joint Security Area, A Day, Double Agent, APT, and Project Makeover.

Ko So-young starred as Yoo Hyun-kyung on the television series Tomorrow Love from 1992 to 1994 and as Choi Soo-jung on the TV series My Son's Woman from 1994 to 1995. She has also starred on the TV series Mother's Sea, Sook-hee, Star, Beginning of Happiness, Women, The Barefoot Youth, Memories, Blue Fish, and Ms. Perfect. In 2001 she won a Grand Bell Award for Best Actress. Ko So-young married actor Jang Dong-gun in 2010 and has two children. 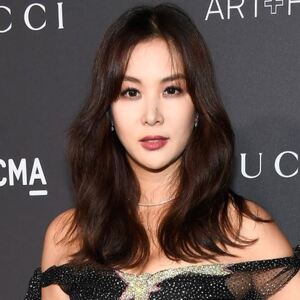