Kira Reed net worth: Kira Reed is an American actress and television personality who has a net worth of $2 million. Kira Reed was born in Santa Clara, California in October 1971. She graduated from the UCLA School of Theatre Film and Television. From 1998 to 2007 she hosted the television series Sexcetera for Playboy TV. Reed has appeared in episodes of the TV series Beverly Hills, 90210, Unsolved Mysteries, NYPD Blue, Madison Heights, ER, The War at Home, MoneyTV, Pets 90210, Pit Boss, The 411, Howard Stern, Dr. Phil, Chelsea Lately, The Ellen DeGeneres Show, American Idol, Today, Hell's Kitchen, Extra, Access Hollywood, Cupcake Wars, Channel 2 Action News, Fox and Friends, The View, and more. Reed has also starred as Jo Connors on the series The Bay since 2014. She won Daytime Emmy Awards for Outstanding Digital Daytime Drama Series for The Bay in 2016 and 2017. Reed was previously married to Daniel Anderson and married Robert Lorsch in 2008. 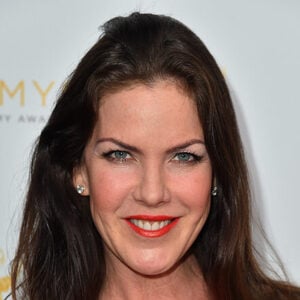