Kim Mathers net worth: Kim Mathers is an American woman and the ex-wife of Eminem who has a net worth of $2 million. Kim Mathers, also known as Kimberly Anne Scott, was born in Warren, Michigan, and met Eminem, a.k.a. Marshall Mathers, when she was 13 and he was 15. She and her twin sister, Dawn, had run away from home, and the Mathers family eventually took them in. She dated Eminem for many years, and the pair had their first child, Hailie Mathers, in 1995. They were married in 1999, but divorced a year later. The relationship between Kim Mathers and Eminem was quite volatile, and the dysfunction culminated with her attempted suicide in 2000. Their custody battle took another year to iron out. They rekindled their relationship in 2005, and they remarried in early 2006. However, they divorced again just a few months later. She has had multiple run-ins with law enforcement, largely due to driving while intoxicated. 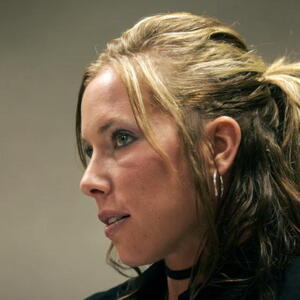