How much is Kiana Kim Worth?

Kiana Kim net worth: Kiana Kim is a Korean-American Playboy model and reality television star who has a net worth of $1.5 million. Kiana Kim gained fame in 2013 when it was revealed as the fiance of legendary baseball player Pete Rose. In January 2013, Pete and Kiana began appearing together in a reality show on the TLC Network titled, "Pete Rose: Hits and Mrs". The show followed Pete and Kiana as they planned to marry while balancing very busy schedules. Further complicating the relationship was the fact that Kiana lived in Los Angeles and Pete lives full-time in Las Vegas. Unfortunately the show only aired a handful of episodes between January 13 and February 17.  Kiana Kim was born in Seoul, South Korea but moved to America when she was five. After graduating from Arizona state with a degree in Business Marketing, Kiana became a flight attendant for Korean Airlines. Kiana has two children, a son named Ashton and a daughter named Cassie, from a previous relationship. According to a lawsuit filed by Pete's previous wife in April 2018, Kiana and Pete enjoy a comfortable life thanks to his roughly $100,000 monthly income from personal appearances and autograph signings. Meanwhile the ex-wife claims that she is owed money and Pete refuses to stop gambling or settle their proceedings. As of January 2019, Pete and Kiana Kim have not officially married. Kiana did a video shoot for Playboy in 2009. Kiana and Pete appeared in an ad for Sketchers together in 2014 that aired during the Super Bowl. In the commercial they make a funny reference to the fact that Pete is not allowed "in the hall": 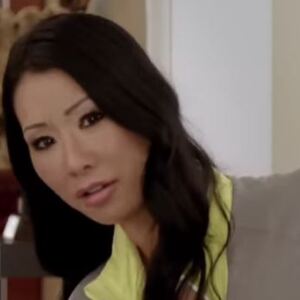