Kevin Navayne net worth: Kevin Navayne is a Jamaican-born fashion model who has a net worth of $5 million dollars. Born in Spanish Town, Jamaica, Kevin Navayne, also known as Kevin Navayne Brown, began his career as a model. He was spotted while working as an extra on the film, "Disappearing Acts", and quickly began to build a name for himself in the fashion world.

He worked with such designers and companies as Ralph Lauren, Nautica, Avirex, Roberto Cavalli, and Sean John, appearing in print and editorial spots for them. Since then, he has gone on to be the face of Cavalli's RC Line and the Polo Ralph Lauren Sport campaign. He began shifting his focus from modeling to acting in 2008, appearing in the film, "Days of Wrath", while also modeling for the BET show, "Rip the Runway". From there, he went on to guest appearances on such shows as "Army Wives", "CSI: NY", "One Life to Live", and "Caprica". He also made his professional theater debut in the Off-Broadway production, "Foursome". 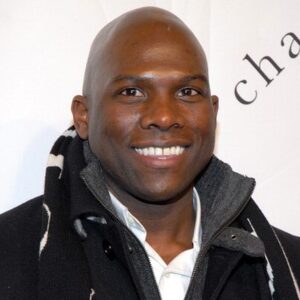