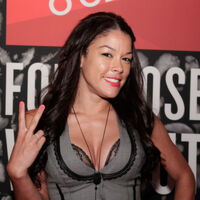 Kesha Nichols net worth: Kesha Nichols is an American reality TV star who has a net worth of $500 thousand dollars. Born in North Carolina, Kesha Nichols joined the cast of "Basketball Wives" for its fourth season. The series follows the lives of current and former wives of professional basketball players, as they navigate the often rocky world of big-time athletics. Kesha Nichols was engaged to Richard Jefferson, a former player for the New Jersey Nets, while she was dancing for the Nets. In 2009, just before the wedding, the two called it quits. The decision was so sudden that there was not enough time to tell the entire wedding party that the ceremony was a no-go, and people showed up for a non-existent event. After appearing on a number of talk shows about the break-up, she launched her own New York City-based entertainment company, called "Sugar and Spice". The company rents out fully choreographed dance groups for large functions and launch events.