Kelly Monaco net worth: Kelly Monaco is an American model and actress who has a net worth of $4 million dollars. Born in Philadelphia, Pennsylvania, Kelly Monaco first came to national attention as a model for Playboy in the late 90s. She also appeared on the television show, "Baywatch" for one season, and served as Carmen Electra's body double.

She became a household name when she was cast in the soap opera, "Port Charles". She remained with the show for four years, receiving a Daytime Emmy nomination for Best Supporting Actress in 2003. She was then cast in the soap, "General Hospital", and received her second Daytime Emmy nomination for Outstanding Lead Actress in 2006. She appeared in, and ultimately won, the first season of "Dancing with the Stars" in 2005. She also starred in the Las Vegas burlesque show, "Peepshow" in 2009. In addition to her Playboy modeling, she has modeled for such magazines as FHM and Maxim. In 2009, Maxim selected her as their sexiest cover model of the decade. 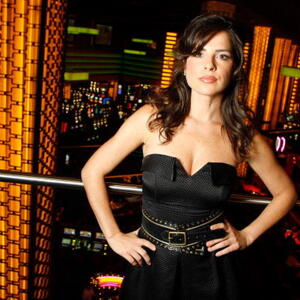