Kelly Hu net worth: Kelly Hu is an American model and actress who has a net worth of $10 million. Kelly Hu was born February 13, 1968 in Honolulu, Hawaii. She attended high school in Honolulu before moving to Los Angeles to attend Pepperdine University. Kelly first started modeling in her teens, following in the footsteps of a cousin who was a successful model in Japan.

Kelly won Miss Teen USA in 1985 then Miss Hawaii USA in 1993. She placed in the top ten of 1993's Miss USA pageant, an impressive feet for an Asian American woman at the time. Soon Kelly found work acting in films and television. She has appeared in dozens of television shows and movies since the early 90s. Her most notable films to date include The Scorpion King, X-Men 2, The Vampire Diaries and Cradle 2 the Grave. Kelly Hu is very active in many philanthropic and social causes, especially concerning the ecology of her native Hawaii. 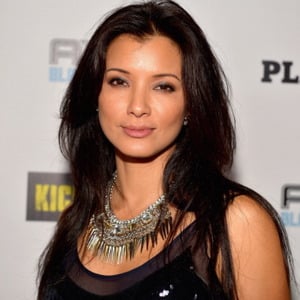