What is Kelly Brook's Net Worth?

Kelly Brook is a English model, actress, and media personality who has a net worth of $10 million. On television, she has appeared on such British shows as "Strictly Come Dancing," "Celebrity Juice," and "The Masked Dancer," and on the American series "Smallville" and "One Big Happy." Brook has also been in a number of films, including "School for Seduction," "Survival Island," "Fishtales," and "Taking Stock."

After winning a beauty competition at the age of 16, Brook began booking large ad-campaigns for companies like Foster's Beer and Renault. Her big break came when she was chosen to appear as a Page Three Girl for the Daily Star tabloid. Kelly quickly became one of the most popular glamour models of all time, appearing in magazines such as FHM, Loaded and Playboy.

In 2005, 15 million FHM magazine subscribers named Kelly the sexiest woman alive. Since then Brook has signed many lucrative endorsement deals with companies like Reebok, T-Mobile and Lynx bodyspray.

In addition to her modeling career, Kelly Brook has acted in a handful of films and television shows. Her biggest acting role to date has been 2007's Piranha 3D. Kelly has dated several celebrities such as Jason Statham and Billy Zane. She was engaged to Zane briefly but the couple broke up in 2008. 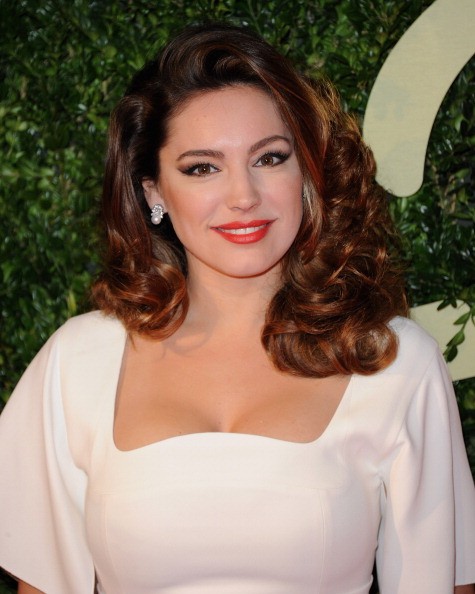 Kelly Brook was born as Kelly Ann Parsons on November 23, 1979 in Rochester, Kent, England to scaffolder Kenneth and cook Sandra. She has a younger brother named Damian and an older half-sister named Sasha. As a youth, Brook went to the Thomas Aveling School. She went on to attend the Italia Conti Academy of Theatre Arts in London.

Brook became a professional model at the age of 16 after winning a beauty contest. Subsequently, she modeled for ad campaigns for such companies as Walkers, Foster's, and Renault. Following this, Brook began posing topless for the British tabloid the Daily Star. She went on to appear in numerous other men's magazines including Loaded, FHM, and GQ. In 2005, Brook topped FHM's list of the 100 Sexiest Women in the World, and in 2011 graced the cover of the magazine.

Among her other modeling gigs, Brook has appeared in ad campaigns for Sky+, T-Mobile, Reebok, Lynx, and Ultimo. In 2010, she was featured in the American version of Playboy. Later, in 2015, Brook became a brand ambassador for the footwear company Skechers.

Brook made her first appearance on television in 1996 on the British comedy show "Fist of Fun." Three years later, she co-hosted "The Big Breakfast." In 2002, Brook had her most significant television role yet on the American superhero series "Smallville," playing Lex Luthor's girlfriend Victoria Hardwick. She subsequently appeared in the television film "Romy and Michele: In the Beginning," and hosted the reality show "Celebrity Love Island." Following this, Brook appeared on the programs "Agatha Christie's Marple" and "Hotel Babylon."

In 2007, Brook was a contestant on the reality competition series "Strictly Come Dancing," on which she was paired with dance partner Brendan Cole. Brook ended up withdrawing from the competition in week nine when her father passed away. She returned to reality television two years later as a guest judge on "Britain's Got Talent." From 2012 to 2013, and again in 2015, Brook appeared on the comedy panel show "Celebrity Juice." During this time, she also appeared on such series as "Métal Hurlant Chronicles," "NTSF:SD:SUV::," and "One Big Happy." Brook's other credits have included the panel shows "It's Not Me, It's You," "Loose Women," and "Harry Hill's Alien Fun Capsule." She also appeared dressed as the Frog on "The Masked Dancer" in 2021.

Brook first appeared on film with a small part in the thriller "Sorted," released in 2000. The following year, she was in the slasher film "Ripper." In 2003, Brook played the girlfriend of Seth Green's character in the heist film "The Italian Job," and played Dr. Claire Whittaker in the post-apocalyptic thriller "Absolon." Her first leading role came in the 2004 film "School for Seduction," in which she starred as an Italian temptress teaching a group of Geordies at a Newcastle school about the art of romance. Also in 2004, Brook played an abductee opposite Dennis Hopper in the psychological horror film "House of 9."

Brook had her next leading role in 2005, starring opposite Billy Zane in the drama "Survival Island." Two years after that, she teamed up with Zane again to star in the family comedy "Fishtales," in which she played a mermaid named Neried. Brook was in another aquatic-themed movie, the horror-comedy film "Piranha 3D," in 2010. Her other credits have included the comedy "Keith Lemon: The Film" and the caper film "Taking Stock," in which she starred as a struggling actress who fantasizes about robbing the shop where she was recently made redundant.

On the stage, Brook played exotic dancer Anya in the play "Eye Contact" in late 2000. She returned to the stage in 2008 to play Jeannie in Neil LaBute's "Fat Pig" at the Comedy Theatre in London.

Among her other ventures, Brook opened a bar in London in 2013 called Steam and Rye. The next year, she published her autobiography, "Close Up," which made it onto the Sunday Times bestseller list. Later, in 2019, Brook began co-hosting the radio programs "Heart London Drivetime" and "Saturday Breakfast with Jason King."

Brook was previously engaged to actor Billy Zane, whom she first met on the set of the film "Survival Island" in 2004. The two were to be married in 2008, but Brook delayed the wedding due to the passing of her father in late 2007. Ultimately, Brook and Zane ended their relationship in the summer of 2008. Sometime after this, Brook began dating rugby player Thom Evans. In 2011, it was reported that she had miscarried their child. The couple separated in 2013. Brook's other boyfriends have included actor and model David McIntosh, with whom she appeared nude in leaked online photos in 2014. 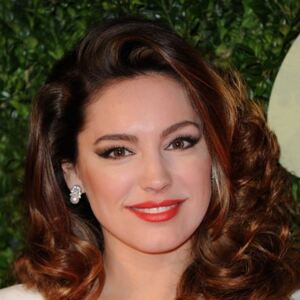