What is Keeley Hazell's net worth?

Keeley Hazell is a British glamour model and actress who has a net worth of $5 million. She first became famous as a Page 3 girl and then went on to appear in dozens of men's magazines like FHM, Loaded, Zoo Weekly and Nuts. In recent years Keeley has shifted her career to acting with appearances in films such as "Horrible Bosses 2" and the Apple TV series "Ted Lasso."

Keeley Rebecca Hazell was born on September 18th, 1986 in Lewisham, a suburb of London England. Her parents split up when Keeley was 13 years old.

Keeley left school at the age of 16 and began working as a hairdresser.

At the urging of her colleagues at the salon, a 17-year-old Keeley entered The Daily Star's "Search for a Beach Babe" contest. She ended up winning.

She wanted to try out to be a Page 3 girl for The Sun newspaper, but she was still one year away from legally being allowed to pose topless. So she went to study fashion at Lewisham College.

After turning 18 she entered a Page 3 Idol competition and in December 2004 was crowned the winner. Her prize for winning the competition was a one year membership to a movie theater, 10 thousand pounds worth of clothes and a one year modeling contract with The Sun.

From that point on Keeley became a regular on the covers of men's magazines such as Zoo Weekly, Maxim, Loaded and Nuts.

She also was featured in several calendars put out by those same publications and in 2007 issued her own calendar which sold tens of thousands of copies.

Keeley has expressed some regrets about her modeling career in recent years. In 2014 she penned an essay for the Huffington Post in which she described the mixed feelings of having sexy photos of herself at 18 splashed across the internet. She described losing work opportunities after people Googled her. Discussing her topless modeling, Keeley stated:

"… the job served a purpose: to pay me enough money to buy the freedom to do what I wanted to do with my life. So I bounced around the world for a couple of years getting my "assets" out until self-hatred descended upon me and I decided I'd made enough money to get out of South London, I quit. I moved to Los Angeles and enrolled in drama school, something I had dreamed about since I was a child. I studied full time for a year before re-entering the working world as an actress." 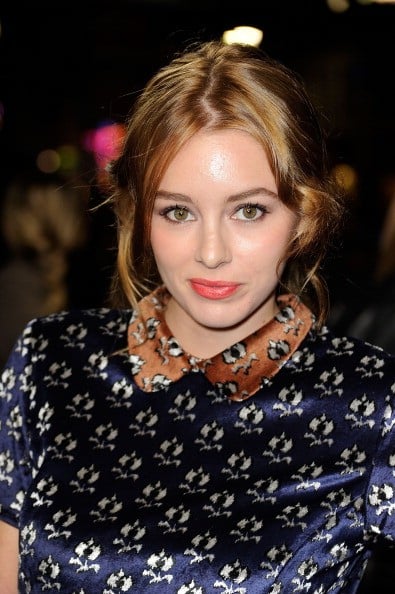 Hazell is most recognized for her large breasts. Keeley Hazell's measurements are 32F-24-36. She is 5 foot 6 inches tall.

In 2010 Keeley moved from the U.K. to Los Angeles to pursue an acting career. She has appeared in a number of

In 2021 Keeley was romantically linked to her "Ted Lasso" and "Horrible Bosses 2" co-star Jason Sedeikis.

Keeley is a climate activist, an anti-fur advocate and a general philanthropist. 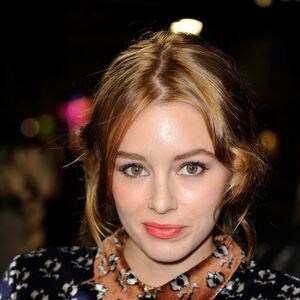