She chose not to resign with Vivid the following year, and signed with Adam & Eve. This proved to be a good move and she quickly became a fan favorite. She won Penthouse Pet of the Month in September 2008, and launched her own website. She signed an exclusive contract with Digital Playground in 2010, and went on to star in multiple top-selling projects, including "The Smiths" and "Body Heat". She has hosted numerous awards ceremonies, and was named one of the "12 Most Popular Stars of Porn" by CNBC. She has won multiple awards, is a featured columnist for various print and online publications, and has appeared as a regular guest on "G4", and in guest starring roles on such shows as, "Life On Top", "The League", and "Breaking Bad". 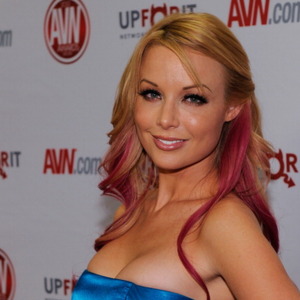