What is Kato Kaelin's net worth?

Brian "Kato" Kaelin is an American television and radio personality who has a net worth of $2 million. Kato Kaelin came to fame as a witness at the infamous murder trial of O.J. Simpson. He has appeared on many reality and game shows, and has been in movies such as "Beach Fever," "Prototype," and "B.C. Butcher."

Kato Kaelin was born as Brian Gerard Kaelin in 1959, in Milwaukee, Wisconsin. As a child, he acquired the moniker "Kato" from the name of Bruce Lee's character on "The Green Hornet" television series. He attended Nicolet High School in Glendale, Wisconsin, and graduated in 1977. Later, he attended but did not graduate from the University of Wisconsin at Eau Claire. While in college, Kaelin created his own talk show, called "Kato and Friends," and hosted a game show on the campus television station. Eventually, he packed up and moved out to Hollywood, California.

Kaelin made his big screen debut in the 1987 Australian comedy "Beach Fever," about guys who create a love potion and try to pick up girls at the beach. In 1989, he starred in the low-budget horror movie "Night Shadow," and appeared in the 1992 post-apocalyptic science fiction film "Prototype."

The Trial of O.J. Simpson and Fallout

In the 1995 murder case against former football star O.J. Simpson, Kaelin served as a minor witness for the prosecution.

Kato met murder victim Nicole Brown on New Years Eve as 1993 turned into 1994. They bonded instantly and upon their respective returns to Los Angeles, he moved in with her as a platonic renter paying $500 per month to live in her town house. He also chipped in as a babysitter for Nicole and O.J.'s two children. When Nicole adopted a dog, the children insisted they name the dog "Cato."

At some point it was decided that it was inappropriate for Kato to be living with Nicole. Conveniently, O.J. said he could stay in a guest house located on Simpson's Rockingham estate for free. Therefore, Kato was present on the grounds during the June 12 murders. Certain critical parts of Kaelin's story contradicted that of Simpson, and despite the valuable evidence he did provide, Kaelin was declared a hostile witness by prosecutor Marcia Clark. The trial drew Kaelin a great deal of attention from the media, with a survey showing many Americans identifying with his persona.

Even after Simpson was exonerated, Kaelin's role in the trial continued to cause media controversy. An issue of the tabloid newspaper National Examiner featured Kaelin on the cover without his shirt, along with a headline that read "Cops think Kato did it!" The paper claimed that the police suspected Kaelin of perjury; Kaelin subsequently sued the publisher for libel, arguing that the headline suggested he was responsible for the murders. While the District Court for Central California dismissed his case, the decision was reversed by the US Court of Appeals for the Ninth Circuit. It became a landmark case in libel law, and Kaelin eventually settled the $15 million lawsuit with the publisher out of court. 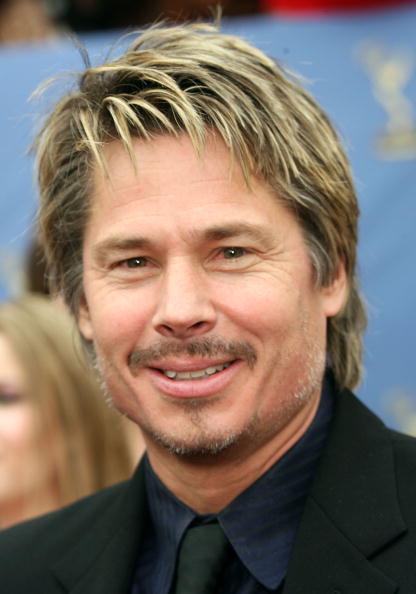 Not long after the trial, Kaelin appeared on the debut episode of the sketch comedy series "MADtv." Also in 1995, he briefly worked as a radio talk show host on KLSX in Los Angeles. In the late 1990s, he showed up on two episodes of the sitcom "Unhappily Ever After," and played himself on three episodes of the Showtime series "Beggars and Choosers." Additionally, Kaelin has been involved with a number of reality TV programs. He participated in the series "Celebrity Boot Camp" in 2002, and in 2004, helped develop the show "Guest House," which ultimately never aired. From 2005 to 2006, Kaelin was a cohost of the daytime TV court show "Eye for an Eye." Other reality television credits have included the E! series "Sunset Tan," the Comedy Central series "Reality Bites Back," and CBS's "Celebrity Big Brother."

Kaelin has also been on game shows, including "Russian Roulette," the dating show "BZZZ!," and the early-2000s NBC version of "The Weakest Link." In 2005, he participated in the first three of the "National Lampoon's Strip Poker" pay-per-view programs. Since 2011, Kaelin has been the host of his TV talk show "Tailgating with Kato."

In the 1990s, Kaelin appeared in films including "For Life or Death" and the direct-to-video sequel "Cyborg 3: The Recycler," starring Malcolm McDowell. In 1998, he played the driveway announcer in David Zucker's sports comedy film "BASEketball," which starred "South Park" creators Matt Stone and Trey Parker. In the 2000s, Kaelin played himself in the comedy mockumentary "Pauly Shore is Dead," and showed up as a photographer in "The Still Life" in 2006. Later credits have included the direct-to-video comedies "National Lampoon's Dorm Daze 2" and "National Lampoon's Ratko: The Dictator's Son," the action comedy "Bob Thunder: Internet Assassin," and the Troma horror comedy hybrid "B.C. Butcher."

In 1983, Kaelin married Cynthia Coulter, who he had met waiting tables in Los Angeles. They subsequently had a daughter, Tiffany. Later, in the 2000s, Kaelin dated Amber Thompson, Barbara Dare, and Elizabeth Daily. More recently, he was with the Emmy Award-winning journalist and KCAL news anchor Leyna Nguyen.

In the early 2000s, Kaelin was best friends with actor and comedian Norm Macdonald, and was given a guest role on his series "The Norm Show." They later had a falling out, which ended their friendship. 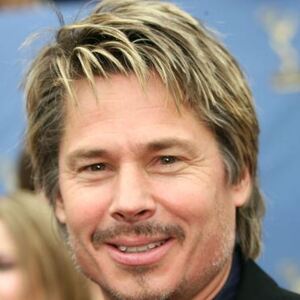