Katie Cleary net worth: Katie Cleary is an American actress and model who has a net worth of $250 thousand dollars. Katie Cleary was born in Chicago, Illinois, and knew that she wanted to pursue a career in acting and modeling from a young age. She began modeling while in her teens in Chicago, and went on to attend Carthage University in Wisconsin on a track scholarship.

While in school, she was cast on the first season of "America's Next Top Model". She was eliminated after the second episode and returned to Wisconsin where she graduated with a degree in Business and Marketing. She subsequently relocated to Los Angeles to focus on her goals full-time. She has since modeled for such brands as Skechers, ProActiv, LaBatt's Blue Light, AT&T, Nike, and Chandon Champagne, among others. She has also appeared in such projects as "Deal or No Deal", "Entourage", "Medium", "Rules of Engagement", "CSI: NY", "Chuck", "Working Class", and "Tomorrow's End". In June 2014, Katie Cleary's husband Andrew Stern tragically committed suicide. Stern had reportedly been stressed over financial problems and rumors that Katie was possibly cheating on him with Leonardo DiCaprio while they were both in Cannes. 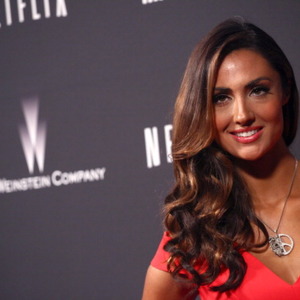