Katie is the daughter of Michael Chadwick, who guided Josh through his recovery from alcohol and drug abuse for several years. They started dating in 2002 when he returned to Raleigh, and married in 2004. Katie has a daughter, Julia Shea, from a previous relationship. With Josh she has three daughters, Sierra Elise, Michaela Grace, and Stella Faith. They also have a foundation, Triple Play Ministries, which they used to build an orphanage in Uganda. While appearing on the Real Housewives of Orange County, the pair were going through some problems. Shortly before Season 10 of the show aired, Josh reportedly filed for divorce. Their divorce was finalized in 2015. 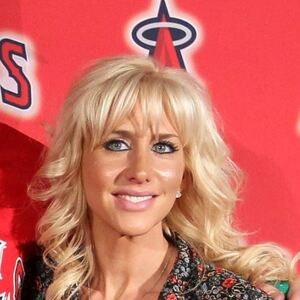