Kathy Ireland Net Worth: Kathy Ireland is an American former model, actress, entrepreneur and designer who has a net worth of $500 million. Kathy Ireland acquired that net worth through a successful modeling career upon which she capitalized by creating a brand product marketing company called Kathy Ireland Worldwide. As of this writing she is richest super model on the planet.

Early Life and Modeling Career: Kathleen Marie Ireland, better known as Kathy Ireland, was born on March 20, 1963, in Glendale, California. Her parents are John and Barbara Ireland. When she was sixteen years old, a scout from Elite Model Management discovered her at her high school. She signed on with the management company, and began appearing in various fashion shoots and spreads. Throughout the 1980s and 1990s, she enjoyed a successful modeling career. She appeared on the covers of notable magazines like Vogue, Cosmopolitan, Forbes, and Mademoiselle. She also appeared in 13 consecutive Sports Illustrated swimsuit issues.

Film and Television: In addition to modeling, Ireland has also ventured into the world of acting. She made her film debut in 1988 in the film "Alien from L.A.". Her other acting appearances include the shows "Mystery Science Theater 3000", "Melrose Place" (1994), "Boy Meets World" (1994), "The Larry Sanders Show" (1993), and "Deadly Games" (1995), and the films "Side Out" (1990), "A Perry Mason Mystery: The Case of the Wicked Wives" (1993), "Once Upon a Christmas" (2000), and "Twice Upon a Christmas" (2001), among others. Her first foray into reality television was in 2009, on the ninth season of "Dancing with the Stars". Her professional dance partner was Tony Dovolani, and they were the third couple eliminated from the show during the second week of the competition. In 2016, she returned to reality television as a guest on an episode of "The Profit", where she offered business advice to Max Kater, the CEO of Murchison-Hume.

Entrepreneurial Ventures: Ireland first tasted entrepreneurial success outside of modeling in 1993 when she released her own line of socks for the retailer Kmart. Ireland's socks were a smash sales hit for Kmart, selling 100 million pairs, so they followed up with an entire clothing line under her name. Not content to merely be licensing her name, that same year she founded her own marketing firm, Kathy Ireland Worldwide, which has become a truly incredible success story. Unlike her deal with Kmart, where she was merely loaning them her name, Ireland is the majority owner and CEO of Kathy Ireland Worldwide (KIWW). Her company now markets home goods products from dozens of companies in a wide range of categories. It was actually at the suggestion and advice of Warren Buffett, one of Ireland's friends and mentors, that she made the decision for her company to enter into the home furnishings business.

Once Ireland's Kmart contract expired in 2003, KIWW launched its own products which are now sold at over 60,000 worldwide locations in 15 countries. In 2005 alone, KIWW pulled in nearly $1.5 billion in sales. KIWW markets a wide range of products including: Indoor/Outdoor Accessories, Rugs, Baby Furniture, Bedding, Wedding Gowns, Candles, Ceiling Fans, Fabrics, Fine Crystal, Mattresses, and many more. Between 2005 and 2012, products with Ireland's brand are reported to have generated over $2 billion in annual retail sales, helping the company established itself as a major player in the industry.

KIWW has also branched out into talent management. The company owns the subsidiary Sterling/Winters Company, who are the management company for singer Janet Jackson. In 2019, KIWW signed a management and partnership agreement with actress and singer Vanessa Williams. 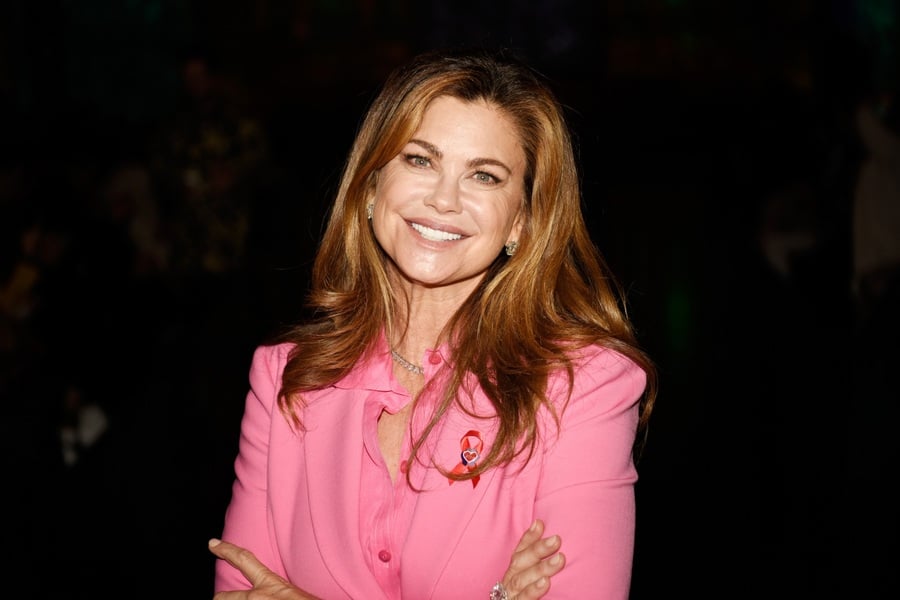 Philanthropy and Other Activities: Ireland has been very active in supporting various causes over the years. She has provided pro bono work for non-profit organizations like Feed the Children, City of Hope, and March of Dimes. Her company, in partnership with Bendon Publishing International, donated $10 million to the annual Toys for Tots drive in 2013.

Ireland is also a published author. She has written many books geared towards children, including "Mona's Favorite Words" (2005), "What Do Mommies Do?" (2005), and "An Angel Called Hope" (2005). With her publishing partner Bendon Publishing International, she has gone on to release an extensive number of children's books beginning in 2013, including "Choo-Choo Colors", "Gracie & Delilah: A Tale of Two Precious Pups", and "Proud to Potty". Her first novel, "Fashion Jungle", was published in 2020. She has also published the self-help books "Powerful Inspirations: Eight Lessons that Will Change Your Life" (2002), co-authored with Laura Morton; "Real Solutions for Budy Moms: Your Guide to Success and Sanity" (2009); and "Real Solutions: 52 God Inspired Messages from My Heart" (2009). She has also published several fitness videos since 1994, including "Total Fitness Workout", "Core Workout", and "Reach and Health". Her fitness video "Body Specifics" actually won the award Fitness Video of the Year.

Personal Life: In 1988, Ireland married physician Greg Olsen. They have three children together: Erik, Lily, and Chloe. Ireland is a devout Christian and has been vocal about her anti-abortion stance, as well as her support for Israel. Ireland enjoyed a very close personal friendship with actress Elizabeth Taylor, and the two women often attended public events together. Ireland has publicly credited Taylor as her mentor. 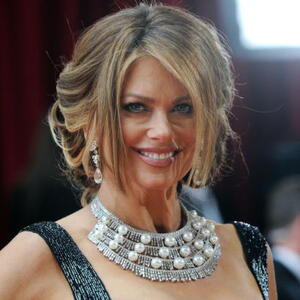