Kathryn Edwards net worth: Kathryn Edwards is an American model and television personality who has a net worth of $8 million. That is a combined net worth with her husband since 2002, former NFL player Donnie Edwards.

Kathryn Edwards is probably best known for being the ex-wife of former NFL legend Marcus Allen. In 2015, she gained additional notoriety after joining the cast of the hit Bravo reality television series, The Real Housewives of Beverly Hills. On the shoe Kathryn and fellow new housewife, Erika Jayne, were cast to replace Brandi Glanville and Kim Richards. Kathryn, whose maiden name is Eickstaedt, is a former model from Wisconsin who appeared in a season two episode of Married… With Children. She married Marcus Allen, a Heismann trophy winner, in 1993. In 2001 the couple divorced privately. She is currently wed to retired pro-football player Donnie Edwards. They wed in 2002. 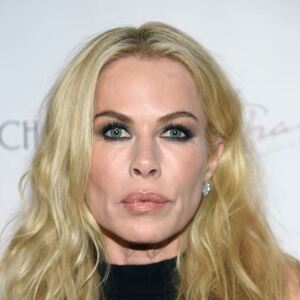