Kathleen Bradley net worth: Kathleen Bradley is an American model, actress, and host who has a net worth of $8 million. Kathleen Bradley was born in Girard, Ohio in January 1951. She was best known for being one of Barker's Beauties on the CBS game show The Price Is Right from 1990 to 2000.

She was the first permanent African-American model on the television series. In 1971 Bradley won Miss Black California. She was a part of the disco group Destination. Her best known acting role came starring as Mrs. Parker in the movie Friday. Bradley also appeared in the films Troop Beverly Hills, Harlem Nights, Perfume, An Everlasting Piece, and The Stolen Moments of September. Bradley lost her job on The Price Is Right along with Janice Pennington when they testified during a slander and defamation of character lawsuit filed by Bob Barker against model Holly Halstrom. She authored her memoirs Backstage at The Price Is Right: Memoirs of a Barker Beauty in 2014. 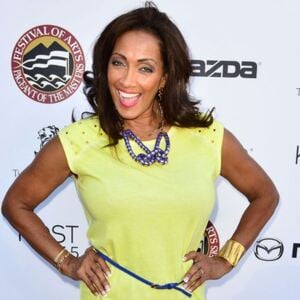