Kate Moss Net Worth: Kate Moss is a British supermodel who has a net worth of $70 million. Over the course of her career, Kate Moss became a household name all over the world, rising to global prominence in the 1990s at the end of the so-called "supermodel era." Outside of her activities as a model, Moss has become an active contributor to the fashion world, creating several of her own clothing and perfume lines.

Kate Moss is considered by many to be one of the world's most influential people. She is also one of the highest-earning models of all time. During her peak years she easily earned well over $10 million. Although she has become something of a controversial figure over the years, she is well-liked around the world – particularly in her home nation of Britain. In 2008, the British Royal Museum exhibited an 18-carat gold statue of the fashion legend reportedly worth almost $3 million. In 2009, she was ranked as the 99th richest woman in the United Kingdom.

Early Life: Katherine Ann Moss was born on January 16th of 1974 in Croydon, London. Raised alongside a younger brother and a half-sister by working-class parents in Addiscombe and Sanderstead, Moss witnessed the divorce of her parents at age 13.

Career: At age 14, Kate Moss began her modeling career in 1988 when she was recruited by Sarah Doukas, founder of Storm Management. At age 16, she gained prominence after posing for a series of black-and-white shots, and observers equated Moss' presence with the growing grunge movement. Her major break came when she was featured in the "Levis for Girls" campaign.

After a number of other important photoshoots, Moss developed a reputation for being the "anti-supermodel" of the early 90s. Her aesthetic was completely different compared to other prominent figures of that era. She wasn't as tall as figures like Cindy Crawford and Naomi Campbell, and she certainly wasn't as curvaceous. Observers have described Moss' body type as "waifish," and the fashion industry appreciated the new aesthetic.

Moss came to symbolize the "heroin chic" movement of that era. Pale skin, dark circles under the eyes, and an extremely skinny body were all hallmarks of this general aesthetic. This new trend wasn't without controversy, however, as various observers speculated about whether or not Kate had an eating disorder. Even Bill Clinton publicly spoke out against this new direction for the fashion world.

Following a drug abuse scandal, Kate Moss experienced a relatively short speed bump before her career accelerated onwards. Multiple figures within the fashion industry voiced their support for Kate Moss. Although the London Metropolitan Police questioned Kate Moss about her alleged drug use, they dropped all charges after it was clear that they had no real evidence of any wrongdoing.

One year after her drug scandal, Moss signed 18 new contracts, including deals with Virgin Mobile, Burberry, and Topshop. She also continued to appear on the cover of magazines and partner with brands like Chanel, Balenciaga, Dolce & Gabbana, Bulgari, and many others. In 2007, she designed her own clothing line for Topshop, and she allegedly earned 3 million pounds as a result. After designing handbags for Longchamp, she modeled for Supreme in 2012. In 2013, she posed nude for Playboy magazine, and later that year she received a Special Recognition Award at the British Fashion Awards. In 2014, she designed a second clothing line for Topshop and established a long-running partnership with the retailer into the future. 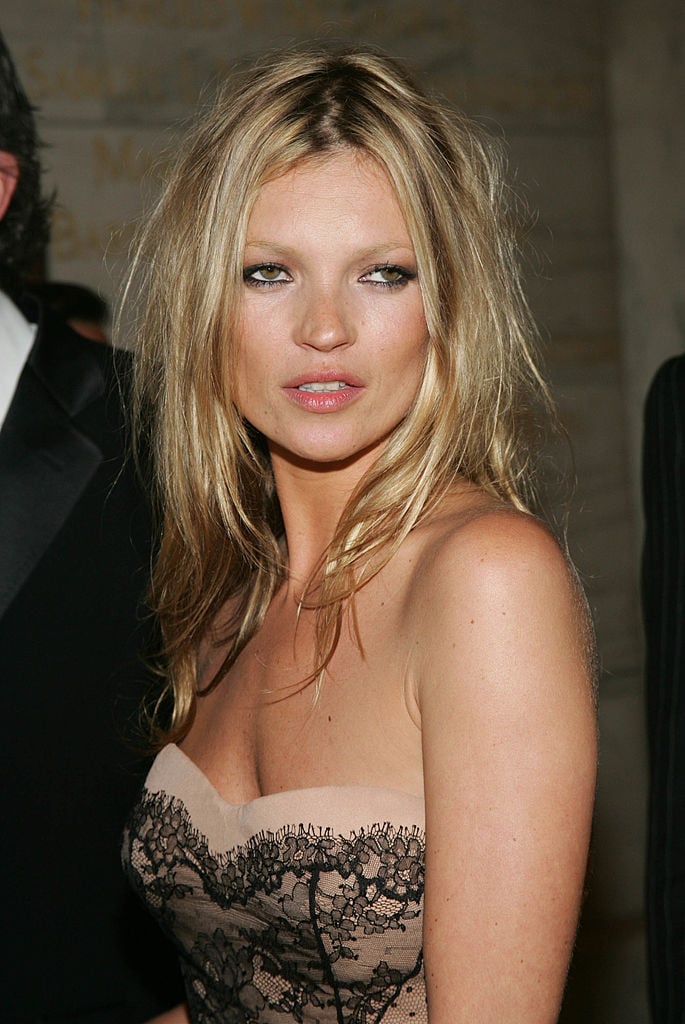 Additional Ventures: Outside of modeling, Kate Moss has appeared in a wide range of music videos. She has also taken various acting roles over the years. In addition, Moss has created four perfume lines.

Relationships: For many years during the 2000s, Kate was in a relationship with Jefferson Hack, the editor of "Dazed & Confused" magazine. During their time together, the two had one child. From 2005 to 2007, Moss dated Pete Doherty. In 2011, she married Jamie Hince, a guitarist from the band The Kills. Four years later, the marriage ended in divorce. She has also dated Count Nikolai von Bismarck, a German aristocrat.

Controversy: Kate's career has not been free of controversy. In 2005, British tabloids ran a series of photos that showed Kate using cocaine with rocker Pete Doherty. In the immediate aftermath, Moss lost several high-profile endorsement deals, including lucrative contracts that she had signed with H&M and Chanel. The H&M contract alone was allegedly worth more than 4 million pounds. Burberry also dropped Moss.

Although this was a major blow, the scandal didn't really affect Moss' career in the long-run. In fact, her earnings actually increased in the years following. In the year after the scandal, Moss earned $5 million. In 2006, she earned $8 million. When 2007 rolled around, she was pulling in over $9 million in annual earnings. Those three years were some of her best-ever, financially speaking.

Real Estate: In 2003, Moss paid about 2 million pounds for a 10-bedroom property in the village of Oxfordshire Cotswold in Little Faringdon. In 2011, it was reported that Kate Moss had purchased a mansion in London's Highgate district. Moss joined a host of other British celebs that also live in the area when she paid around 8 million pounds for the property. The estate includes 6,728 square feet of living space and 7 fireplaces. Moss was allegedly eager to move out of her previous London property, which was targeted by thieves and suffered from serious plumbing issues. 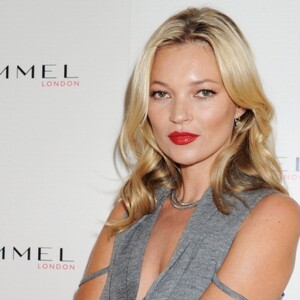