Karrueche Tran net worth: Karrueche Tran is an American model who has a net worth of $3 million. Karrueche Tran was born in Los Angeles, California, and is of Vietnamese and African-American descent. She is only 5'1″ tall and weighs approximately 100 pounds. Her exotic looks have led to steady work in print and advertising.

Early Life: Karrueche Tran was born on May 17, 1988. She was born and raised in Los Angeles by her Vietnamese mother and Jamaican godmother. Her father is African-American. She identifies herself as both Asian and Black. Tran first attended high school at Fairfax High School before switching schools and graduating from Birmingham High School in 2006.

Career: Tran began her career in the fashion industry working as a personal shopper. Starting in 2009, she worked at Nordstrom at the Westfield Topanga mall in Canoga Park, CA. She later worked as a freelance celebrity stylist in Hollywood. Tran began modeling around this time in photoshoots for local brands, posing as the face of Lady Crooks, the women's division under the streetwear brand Crooks and Castles for their Summer 2013 collection. Tran also began working on her own clothing line, The Kill. She has appeared in ads for LoveSicc, and on the cover of Bombshell by BLEU, among other modeling jobs.

As an actress she gained recognition for her starring role as Vivian Johnson on the Emmy Award winning series "The Bay" from 2013 to 2016. For producing the series, she won two Daytime Emmy Awards. In 2014, Tran appeared in volume one of the photography book "Love West Coast Girls," by celebrity photographer Mike Miller. Later that year, Tran hosted the BET Awards red carpet and several events during the official BET weekend. Tran had previously co-hosted the BET show 106 & Park. Tran's TV One movie "The Fright Nite Flies" was screened that year. 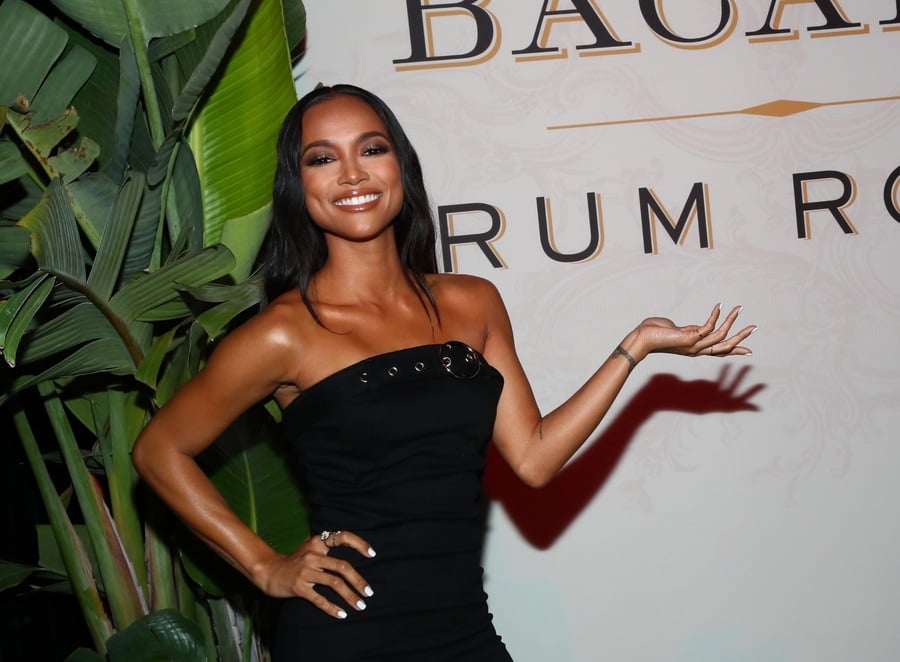 In 2015, Tran was featured in the Spring/Summer lookbook for French athletic brand Le Coq Sportif. That year, she also featured on the covers of several magazines including Rolling Out, FLaunt, Ouch Magazine, The Hundreds, Cliche Magazine, Bleu Magazine, and Annex Magazine, and had two feature stories on ELLE.com. Her work during this time led her to a contract with Wilhelmina Models LA in 2015. That summer, Tran's first featured film, "3-Headed Shark Attack" was released that summer, followed by the short film "PrXde."

Tran has also starred as Virginia Loc on the TNT TV series Claws in 2017 and gained recognition for her performance as Vanessa Ivy on the series Vanity in 2015. Tran has also appeared in films including A Weekend with the Family, The Nice Guys, and Welcome to Willits. She landed the lead for the film "Only for One Night," portraying Chloe, a married woman whose perfect life falls apart when her sister drugs her husband and then sleeps with him." These movies were all released in 2016. Later that year she partnered with ColourPop Cosmetics to release the limited edition cosmetic collaboration KaePop. In 2020, Tran was cast as Genevieve in the FOX series "Deputy." Her upcoming projects include "The Chosen Show" and "Embattled."

Personal Life: She is most widely recognized for being the on-again, off-again girlfriend of Chris Brown. She began dating him after his relationship with Rihanna ended when it came to light that he had beaten the singer up. Karrueche Tran and Chris Brown have dated whenever Chris Brown and Rihanna are not attempting to be a couple again. Karrueche and Chris split up in 2015 after the news came out that Brown had a daughter with another woman. Tran received a temporary 100-yard restraining order against Brown that eventually was turned into a 5-year restraining order against Brown in February 2017. Tran began dating former football player Victor Cruz in 2017. 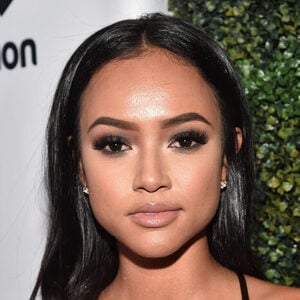