Karissa Shannon net worth: Karissa Shannon is a American glamour model and Playboy Playmate who has a net worth of $200 thousand. Karissa Shannon rose to fame shoulder-to-shoulder with her twin sister Kristina, after they were chosen by Hugh Hefner to be his new girlfriends in 2008. Being Hefner's girlfriends, they got a chance to appear in the E!

reality series called The Girls Next Door. Their appearance in the first episode garnered 2.4 million viewers, making it the most-watched season premiere that the show has ever made. Then, Karissa and her sister became Miss July and Miss August 2009 in the combined "summer issue" of the Playboy magazine. However, the two decided to move from Hugh Hefner's mansion by January 2010 in order to pursue their careers, but they still remained on the show. The same year, the twin sisters got small roles in the Sofia Coppola's film Somewhere, which won top honors at the 67th Venice International Film Festival. In 2011, Karissa and her actor boyfriend Sam Jones III released a song titled "Juice and Vodka," which still can be heard on iTunes. Apart from the song, the couple filmed an adult video together, which was released by Vivid Entertainment under the title Karissa Shannon Superstar. But this was not the first time for Karrisa to film sex tapes. She also attracted publicity for her recordings with Spencer Pratt and Heidi Montag. 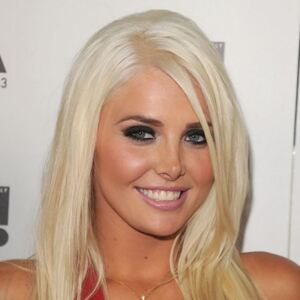