What is Karima El Mahroug's net worth?

Karima El Mahroug is a Moroccan night-club dancer who has a net worth of $5 million dollars. She became famous when it was revealed that she had a relationship with Italian Prime Minister Silvio Berlusconi while she was underage. They both deny that the relationship was sexual but transcripts of tapped telephone conversations quoted in Italian media suggest she began her acquaintance with Berlusconi when she was just 16 years old.

Leading up to this, she had been arrested in Milan for allegedly stealing €3000. Although Berlusconi was found guilty of paying for sex with the underage El Mahroug in 2013, an appeals court overturned the conviction the following year.

Karima El Mahroug was born in 1993 in Morocco. At the age of ten, she moved with her family to Italy, where they settled in the Sicilian coastal town of Letojanni. El Mahroug had a traumatic childhood; a victim of constant abuse, she was raped by two of her uncles, and was forced into keeping quiet under threat of further violence. When El Mahroug was 12, her Muslim father tossed a pan of boiling oil over her when she said she wanted to become Catholic. To cope with her circumstances and block out the pain, the young girl invented a parallel fantasy world. Reportedly, she also fell into a life of petty theft, stealing handbags and money. As a young teenager, El Mahroug ran away from home, and was in and out of care facilities. Later on, she became a belly dancer at a Moroccan nightclub, where she went by the stage name Ruby Rubacuori, which is Italian for "Ruby the Heartstealer."

In May of 2010, El Mahroug was arrested in Milan after being accused of stealing €3000. Bereft of any legal or identification documents, she was taken to a local police headquarters for questioning. After a couple of hours passed, Italian Prime Minister Silvio Berlusconi called the head of police in Milan. Asserting that El Mahroug was the niece of then-Egyptian President Hosni Mubarak, he ordered that she be released in order to avert a diplomatic crisis. Eventually, Berlusconi had the girl released and entrusted to the care of Nicole Minetti, a dancer and dental hygienist who represented Berlusconi's People of Freedom party and was seated on the Regional Council of Lombardy. It was through Minetti that Berlusconi first met El Mahroug, who was then 17 years of age. 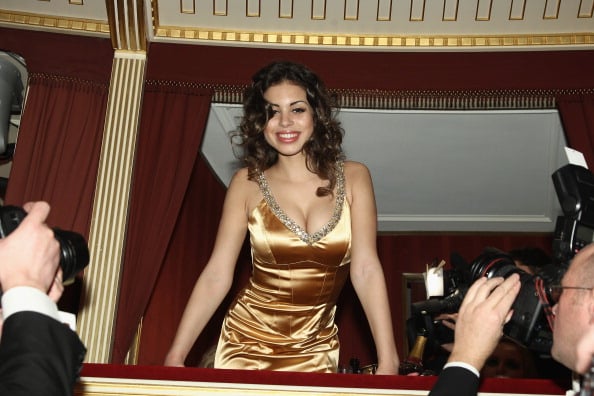 At a dinner at Berlusconi's mansion near Milan, El Mahroug was reportedly gifted with money and jewelry by the Italian PM. In 2011, Berlusconi was placed under criminal investigation for allegedly paying for sex with the underage El Mahroug, who was labeled at the time as a prostitute. Additionally, he was accused of abuse of office for using his power to get her released from custody. Further investigation concluded that El Mahroug was part of a larger prostitution network in which underage girls were being procured for sex parties with Berlusconi. The parties were reported to have been arranged by television anchorman Emilio Fede and celebrity agent Lele Mora.

Following the criminal investigation in early 2011, Berlusconi was indicted on charges carrying up to 15 years in jail; among the charges were malfeasance in office and paying for sex with a minor. El Mahroug elected to not attach herself to the case as a civil complainant, as she denied her participation in any wrongdoing. Another alleged victim named Giorgia Iafrate also declined to take part in the case. In the summer of 2013, Berlusconi was ultimately found guilty of paying for sex with the underage El Mahroug, as well as for abusing his office to order her initial release from police custody. The Court of First Instance sentenced Berlusconi to seven years in prison and declared him banned for life from public office.

In early 2014, Berlusconi made an appeal against the judge's verdict. Later that year in July, the Italian appeals court ruled his appeal successful, and overturned the convictions made against him. In March of 2015, the acquittal was upheld by high court. However, in early 2017, an Italian court ordered Berlusconi to stand trial again for allegedly bribing witnesses in order to silence them over the scandal.

Turning her part in the sex scandal to her advantage, El Mahroug began appearing in lucrative television interviews and commercials. Additionally, she made special appearances in various nightclubs across Italy. El Mahroug was later married to a nightclub manager, and became a mother. 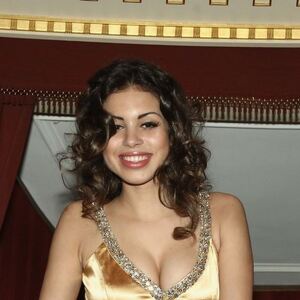