Karen Witter net worth: Karen Witter, also known as Karen Lorre, is an American model, author, entrepreneur and actress who has a net worth of $5 million. She is perhaps most-notable for being formerly married to television producer Chuck Lorre. Karen is also a best-selling author and podcast host.

Early Life: Karen Witter was born in Long Beach, California on December 13, 1961. She went to Long Beach Millikan High School followed by UC Irvine where she was pre-med. To help pay for tuition she appeared in commercials and modeled for print advertisements.

Karen was the Playboy Playmate of the Month for March 1982. In 1983 she appeared on the cover of Playboy and in 1991 she re-appeared in Playboy.

Career: In the mid-1980s Karen parlayed her modeling success into an acting career with appearances on shows like Mikey Spillane's Mike Hammer and Cheers. In 1989 she beat-out over 300 actresses to take on the role of Tina Lord on the soap opera One Life to Live. She played the role from 1990 to 1994 and was even nominated for a Soap Opera Digest Award in 1991.

Throughout the 1990s and early 2000s, Karen made guest appearances on numerous television shows. In 1996 she starred as Kathy on 13 episodes of the television series Bedtime. Witter has also appeared in several movies and TV series including Matt Houston, Falcon Crest, The Dukes of Hazzard, The New Mike Hammer, I Married a Centerfold, Hardcastle and McCormick, Trapper John, M.D., Prince of Bel Air, Hunter, Dangerously Close, Ratboy, The Perfect Match, Midnight, 1st & Ten: The Championship, Buried Alive, Hercules: The Legendary Journeys, The X-Files, Dream On, Flipper, Pacific Blue, Sabrina, the Teenage Witch, NYPD Blue, Dharma & Greg, Malcolm in the Middle, and more.

Books and Podcast: Karen has written two best-selling books; "Chronic Pleasure, Use the Law of Attraction to Fatigue and Pain into Vibrant Energy", and "Effortless Enchantment, A Memoir of Magic, Magnetism and Miracles".

In 2020 Karen launched a podcast called the "Chronic Pleasure Podcast".

Personal Life: From 2001 to 2010, Karen Witter was married to super-producer Chuck Lorre. Lorre is the creator of many TV shows including The Big Bang Theory, Two and a Half Men, Mike & Molly and more. Chuck Lorre has a net worth north of $700 million. She is an accomplished acrobat. 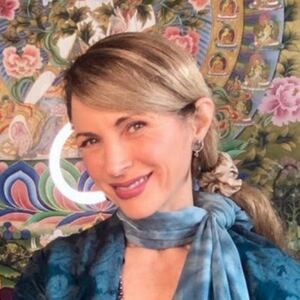