Karen Mulder net worth – Karen Mulder is a Dutch model and singer who has a net worth of $40 million dollars. Born in the Netherlands in 1970, Karen Mulder finished second in Elite Model Management's "Look of the Year" contest in 1985. That appearance launched her runaway career with international brands such as Armani, Versace, Yves Saint Laurent and Valentino.

By the early 1990s, her face had covered "Vogue" twice and she was working with Victoria's Secret. Mulder has appeared in the "Sports Illustrated Swimsuit Issue" and has done runway work with famed supermodels Kate Moss, Naomi Campbell and Cindy Crawford. Mulder ended her career in 2000 in an attempt to pursue acting and music without much success. The supermodel is well known for giving a bizarre interview on a French TV show, during which she claimed her father hypnotized and raped her when she was toddler and also alleged rape by executives at her old modeling agency. The recording never aired, but Mulder gave a similar interview to a magazine and was hospitalized by her family soon after. She was found in 2002 in a coma after overdosing on sleeping pills, but recovered. She attempted a career revitalization two years later, landing several modeling gigs. She became engaged to Jean-Yves Le Fur in the mid-1990s. 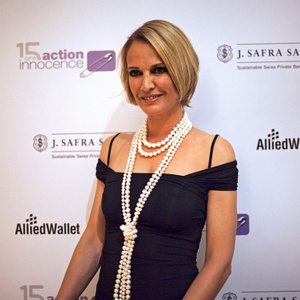