Karen McDougal net worth and salary: Karen McDougal is an American model and actress who has a net worth of $1 million dollars. Karen McDougal was born in Merrillville, Indiana in March 1971. She was named the Playboy Playmate of the Month in December 1997 and the Playmate of the Year in 1998. McDougal was named the second sexiest Playmate of the 1990s by magazine readers. She has also been a fitness model and was the first woman on the cover of Men's Fitness magazine. As an actress she has appeared in the films Charlie's Angels, Joe Dirt, The Arena, Grind, The Girl Next Door, and Stiletto as well as in episodes of the TV series Jake in Progress, Lovespring International, and Anger Management. She became a co-owner of the health and wellness supplement company Pharmore Alternatives in 2010. McDougal has been romantically linked to actor Bruce Willis among several other celebrities.

Relationship with Donald Trump: In March 2018, Karen McDougal appeared on CNN to detail her relationship Donald Trump. She first met Donald in 2006 during a filming of Celebrity Apprentice at the Playboy Mansion. Soon after, the two began a romantic relationship that lasted around one year. They would allegedly see each other minimum five times per month at hotels around the country. During his Presidential campaign, McDougal sold the rights to her story to the National Inquirer, which is owned by a friend of Donald's. The agreement was for $300,000 and called for Karen to keep quiet about the affair. The National Inquirer reportedly only paid half of the settlement. 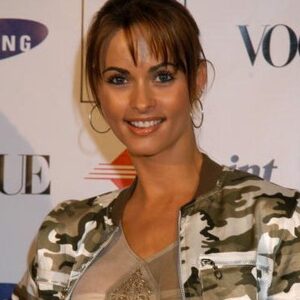