Kaia Gerber net worth and salary: Kaia Gerber is an American model and actress who has a net worth of $3 million. Kaia Gerber was born in Los Angeles, California in September 2001. She is the daughter of Cindy Crawford and Rande Gerber.

She has modeled for several magazines including Vogue, Pop Magazine, and Teen Vogue. Gerber made her runway debut in 2017 and has walked for fashion houses including Burberry, Marc Jacobs, Coach, Alexander Wang, Fendi, Chanel, Versace, Moschino, and more. She was the face of the Marc Jacobs Daisy fragrance in 2018 and created her first collection KarlxKaia with Karl Lagerfeld in 2018. Kaia Gerber received the Model of the Year award at the 2018 The Fashion Awards. As an actress she appeared in the TV movie Sister Cities in 2016. She also appeared in the TV series Rich Kids of Instagram in 2017. In 2019 Kaia Gerber starred in the music video "Burnout" by John Eatherly. 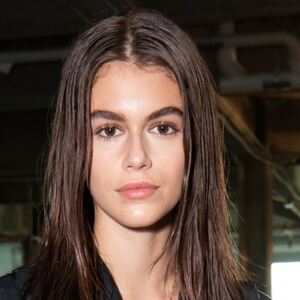