June Sarpong net worth: June Sarpong is an English television presenter who has a net worth of $2 million. June Sarpong was born in London, England, United Kingdom in May 1977. She started out her career at Kiss 100 and then became a presenter for MTV in the UK and Ireland.

Sarpong interviewed Tony Blair on the TV special When Tony Met June in 2005. She owns the production company Lipgloss Productions. Sarpong produced the television series documentary Conspiracy Theory with Jesse Ventura from 2009 to 2010 where she also appeared as an investigator. She has been a presenter for the TV series MTV Select from 2000 to 2001 and T4 from 2002 to 2005. Sarpong has also appeared in episodes of the TV series I Love 1980's, Never Mind the Buzzcocks, The New Paul O'Grady Show, The Law of the Playground, and Loose Women. In 2014 she was one of the 200 public figures that signed a letter to The Guardian opposing Scottish independence. Sarpong was appointed Officer of the Order of the British Empire in 2007 for her services to urban music. 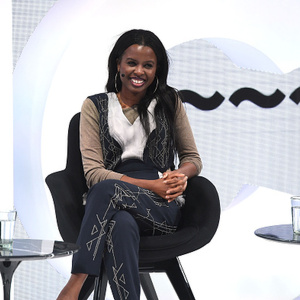