She began pursuing professional work while still a student at the school, and began her professional career with a Coca-Cola commercial. She also began modeling around this time as well. Her successful career as a television host has introduced her to a wide audience. She has served as the host of "The Roof", "106 & Park", and "The Center". Since 2007, she has focused primarily on an acting career, and has guest starred on such shows as "Royal Pains", "Z Rock", and "Rescue Me". She also appeared in six episodes of the reality series, "Jersey Shore", and hosted "Jersey Shore: After Hours". She has appeared in the films, "All You've Got" and "Make It Happen", among others. Julissa Bermudez is currently starring on the Style network's show "Empire Girls" alongside Adrienne Bailon and also appeared in the hit Bravo reality series, "Millionaire Matchmaker" with Patti Stanger. 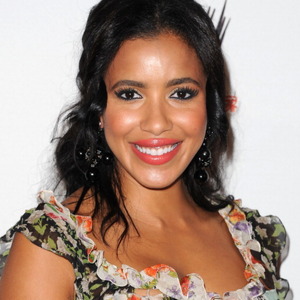