What is Julia Fox's Net Worth?

Julia Fox is an actress, model, and visual artist who has a net worth of $1 million. She had her career breakthrough in 2019, when she made her film acting debut opposite Adam Sandler in the acclaimed crime thriller "Uncut Gems." Since then, she has appeared in such films as "Puppet," "PVT Chat," and "No Sudden Move." In early 2022 Julia became notable for dating rapper Kanye West.

Fox began her professional career as a clothing designer. With her friend Briana Andalore, she created a successful line of women's knitwear called Franziska Fox. Additionally, Fox worked as a model, and posed for the final nude edition of Playboy in 2015.

Among her other early work, Fox was significantly involved in painting and photography. She self-published two photography books, "Symptomatic of a Relationship Gone Sour: Heartburn/Nausea" and "PTSD," which were released in 2015 and 2016, respectively. In 2017, Fox exhibited her paintings at an exhibit called "R.I.P. Julia Fox," where she displayed silk canvases smeared with her own blood. Together, these projects were intended to highlight thorny topics such as drug use and domestic violence, with which Fox had first-hand experience growing up. 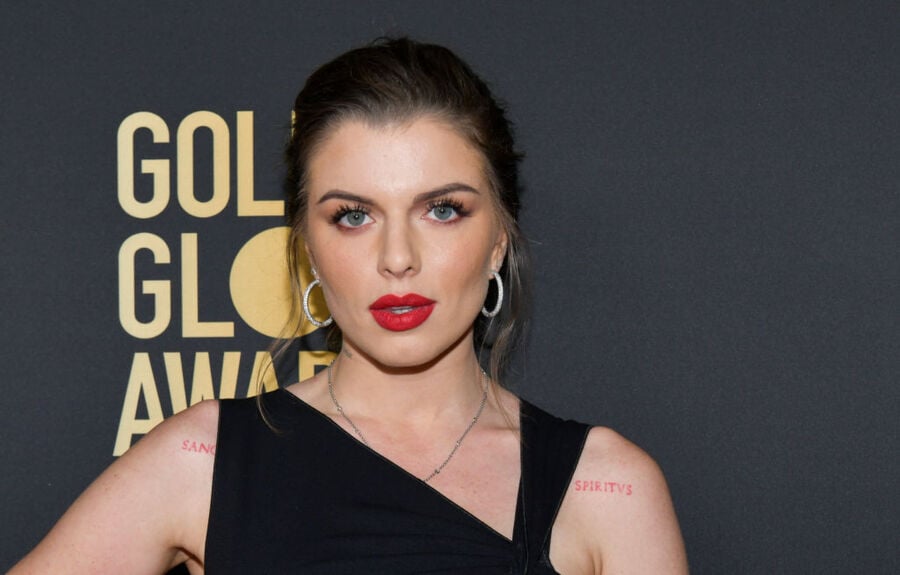 Fox achieved her career breakthrough in 2019, when she made her film acting debut in the crime thriller "Uncut Gems," directed by brothers Josh and Benny Safdie. A long-time friend of the brothers, she had met them almost a decade earlier at a café in SoHo, Manhattan. Out of 200 actresses auditioned for the role, Fox was the one to land the part of Julia De Fiore, a brash saleswoman and the mistress of the film's main character, jewelry dealer and gambling addict Howard Ratner, played by Adam Sandler. She received a great deal of praise for her performance, as well as a number of citations from critics' groups, including a Best Supporting Actress nomination from the Toronto Film Critics Association.

In addition to her acting, Fox wrote and directed a short film entitled "Fantasy Girls," which focused on the lives of teenage girls in Reno, Nevada making a living doing sex work.

Beyond her memorable appearance in the last nude edition of Playboy, Fox has modeled for a range of other magazines and brands. She has been in campaigns for Coach New York and Diesel, as well as in editorials for such publications as Wonderland, Vogue, Paper, V, Interview, and Office. Just before giving birth to her son, Fox did a series of glamorous pregnancy photo-shoots she posted on her Instagram page.

On July 31, 2020, Fox participated in "Acting for a Cause," a series in which classic plays and screenplays are read live by a cast of actors. She was involved in the reading of Shakespeare's "A Midsummer Night's Dream," playing Titania and Hippolyta. Other cast members included Tommy Dorfman, Andrew Matarazzo, Pauline Chalamet, Drew Starkey, and Wyatt Oleff.

In 2018, Fox wed private pilot Peter Artemiev. The pair resided in Manhattan's Yorkville neighborhood before separating in 2020. In early 2021, Fox had a son named Valentino.

Fox confirmed in early 2022 that she was in a relationship with rapper Kanye West; she revealed this information in an article written for Interview magazine. The two had met in Miami on New Year's Eve, and felt an immediate connection. For their second date, West arranged a full photo-shoot at the restaurant where they were eating, with Fox donning Miaou's thong pants and a Balenciaga turtleneck and coat. 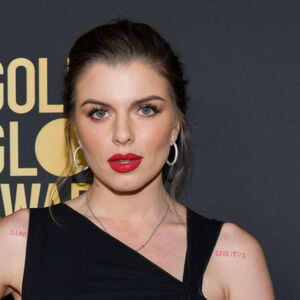