Joy Bryant net worth: Joy Bryant is an American actress and former model who has a net worth of $2 million dollars. Joy Bryant was born in The Bronx, New York, and was initially focused on becoming a professional dancer. She began studying dance before she started kindergarten. She went on to graduate from the elite boarding school, Westminster School in Connecticut, and then from Yale University. She initially found success as a fashion model, appearing in ad campaigns and shows for Tommy Hilfiger, Ralph Lauren, and RocaWear, among other companies. She also appeared in multiple music videos and in campaigns for Gap and Victoria's Secret. Her acting career began in earnest in 2001, with a role in the television movie, "Carmen: A Hip Hopera". She then went on to roles in such film projects as "Kite", "Antwone Fisher", "Honey", "Spider-Man 2", "The Skeleton Key", "London", "Welcome Home Roscoe Jenkins", and "Hit and Run". She also appeared on such television shows as "ER" and "Love Bites". She is currently co-starring on "Parenthood". 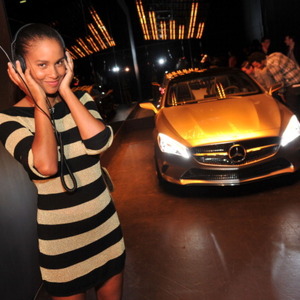