Jourdan Dunn Net Worth: Jourdan Dunn is a British fashion model who has a net worth of $13 million. Jourdan Dunn was born in London, England in August 1990. She was scouted by an agent from Storm Model Management in 2006 at 15 years old. When she was 16 she made her runway debut in New York and walked for Polo Ralph Lauren and Marc Jacobs.

Dunn was featured on British Vogue in 2007 and was listed as one of the top 10 newcomers on Style.com in 2008. She appeared on the cover of Vogue Italia in July 2008 which was devoted to only black models. Dunn has been featured on the cover of Elle, American Vogue, British Vogue, Teen Vogue, and many more. Jourdan Dunn has modeled for Ann Taylor, Calvin Klein, Yves Saint Laurent, DKNY, Victoria's Secret, Tommy Hilfiger, H&M, Banana Republic, Neiman Marcus, Saks Fifth Avenue, and more. She is also the face of the River Island collections by Rihanna. She became the first black model to walk a Prada runway in a decade in 2008. She signed with Maybelline New York as the face of the brand in April 2014. Models.com declared Dunn an icon in July 2014. She became the first black British model to make Forbes' top-earning models list in 2014 with $4 million a year. 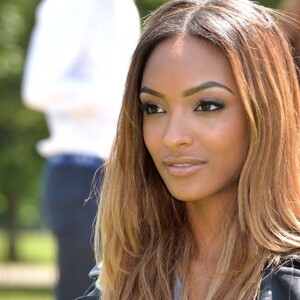