Jodie Kidd Net Worth: Jodie Kidd is an English model and TV personality who has a net worth of $3 million dollars. Jodie Kidd was born in 1978 in Guildford, Surrey, England, and worked as an equestrian showjumper while growing up. She eventually broke into the modeling industry when photographer Terry O'Neill found her at the age of 15.

A year later, she began modeling and quickly came under fire for her body's physique. Critics claimed Kidd's slim frame would lead to a rise in anorexia cases among teen girls looking to imitate her style. At the time, Kidd was six-feet-two-inches tall and weighed 105 pounds. Despite the controversy, she modeled with Chanel, Lagerfeld, Motorola, and Yves Saint Laurent. She graced the cover of several foreign covers of "Elle" magazine, British "Vogue", and "The Face". During a nearly-year long hiatus from the industry, Kidd put on enough weight to wear a size eight. When not modeling, she's actively playing polo, riding horses, or pursuing golf. Kidd enjoys the Gumball 3000 and racing cars. She boasts the fastest lap time for a celebrity on "Top Gear". She married and divorced her husband Aidan Butler in the mid-2000s. She and boyfriend Andrea Vianini welcomed their first son in 2011. 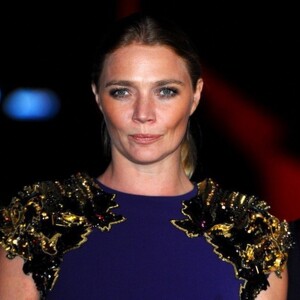