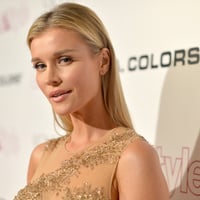 What is Joanna Krupa's Net Worth?

Joanna Krupa is Polish model, actress, and reality television personality who has a net worth of $8 million. The Polish-born blonde began modeling in her late teens, after convincing her mother to move the family to Los Angeles in order for her to pursue a modeling and acting career.  Since then, she has appeared on over 120 magazine covers, and has been featured in such magazines as FHM, Shape, Inside Sport, Stuff, Steppin' OUt, Teeze, Personal, Envy, and Maxim.  She was chosen as Maxim's "Sexiest Swimsuit Model in the World" and German Maxim's "Model of the Year" in 2004.  She has also appeared on the cover of Playboy twice.  She also regularly models lingerie for Frederick's of Hollywood.  In 2009, she branched out into reality television appearing on "Superstars".  She then went on to compete on "Dancing with the Stars", and appeared in a controversial PETA ad.  She has also appeared in various films, including "Planet of the Apes", "The Dog Problem", "Scary Movie 4", and "Skinner Box".  For several seasons Joanna was a member of the cast of "The Real Housewives of Miami". She also serves as host and head judge of "Poland's Next Top Model". In 2013, Zicana Jewelry named Krupa the face of their Classique Collection and renamed it the Joanna Krupa Collection, and she launched a swimwear line with Hapari in 2013.

Joanna Krupa was born on April 23, 1979, in Warsaw, Poland. She grew up in a Roman Catholic household with mother Wendy, father Steven (a hotelier), and younger sister Marta. The family moved to the United States when Joanna was 5 years old, settling in Chicago, Illinois. She took ballet classes during her youth, and both Joanna and Marta became interested in modeling as teenagers. Krupa studied at Mary Lyon Public School and Steinmetz High School, and at age 20, she moved to Los Angeles to pursue a career in modeling and acting.

Joanna started out doing test shoots in order to build a portfolio, and after a few years, she landed her first magazine cover. After making her debut on the cover of Holland's version of "Maxim," Krupa went on to appear on the covers of more than 100 magazines. She has said that her favorite covers were "Glamour," "Ocean Drive," "Shape," and "Michigan Avenue" as well as her 2009 "Playboy" cover. "Maxim" declared Joanna the Sexiest Swimsuit Model in the World in 2009, and she has been featured on the magazine's Hot 100 list several times, coming in at #78 in 2005, #66 in 2007, and #89 in 2014. German "Maxim" named Krupa Model of the Year for 2004-2005, and she was the face of April 2007 in "Stuff" magazine's 2006-07 calendar. In December 2007, Joanna was a Miss Howard TV model on "The Howard Stern Show." Krupa has also modeled lingerie for Frederick's of Hollywood.

Krupa is dedicated to fighting for animal rights and has appeared in several ad campaigns for PETA. In 2014, Joanna and her friend Gabi Gutierrez founded the non-profit organization Angels for Animal Rescue, an animal shelter in Studio City, California. A lifelong animal lover, Krupa said in a 2016 interview with "Naluda Magazine" that she had dogs, hamsters, and fish during her youth and that she decided to become an animal rights activist after seeing an undercover video of "cold hearted monsters" torturing animals. Joanna launched a pet accessory line called Krupaws in 2018, and a portion of the brand's proceeds benefit Angels for Animal Rescue. 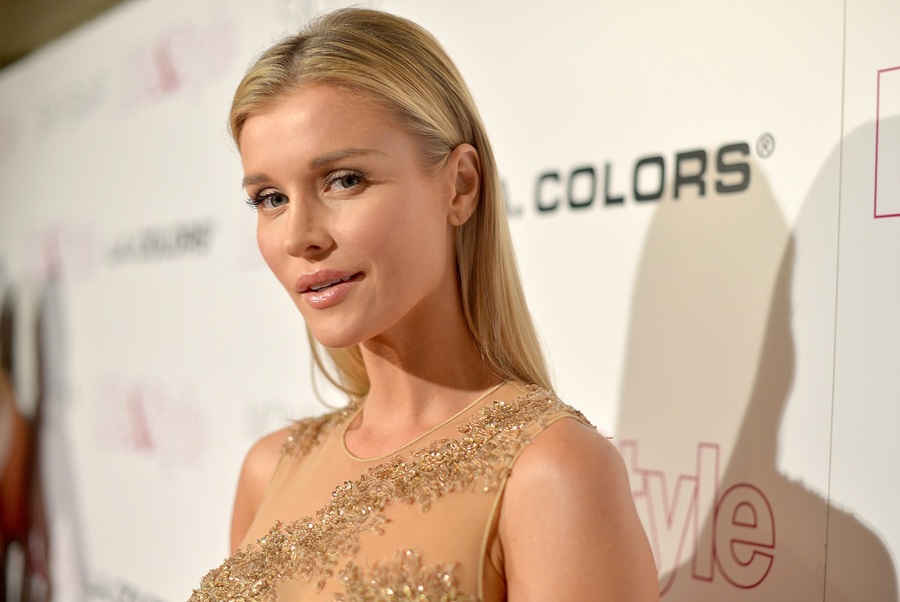 In January 2015, Krupa sued "The Real Housewives of Beverly Hills" star Brandi Glanville for $2 million after Glanville falsely accused her of adultery and made derogatory comments about her genitalia on a 2013 episode of "Watch What Happens Live with Andy Cohen." The lawsuit was settled for an undisclosed sum in 2017, and Glanville was forced to publicly apologize to Joanna.

In late 2015, Krupa and 31 other models filed a $5.3 million lawsuit against swingers club Miami Velvet for using photos of them on the club's website, social media accounts, and promotional materials without permission. In September 2019, Miami Velvet was ordered to pay the models $892,500.

Joanna married nightclub owner/businessman Romain Zago on June 13, 2013. The couple had been engaged for five years, and they wed in a poolside ceremony in Carlsbad, California. Krupa and Zago divorced in August 2017, and she went to marry another businessman, 451 Media Group CEO Douglas Nunes, on August 4, 2018, in Kraków, Poland. Joanna and Douglas welcomed a daughter, Asha-Leigh, on November 2, 2019. In a 2013 "People" magazine article, Krupa opened up about struggling with an eating disorder in the past, saying that when she was 20 years old, she used laxatives to make herself lose weight quickly. Joanna is a devout Catholic, and in August 2015, she traveled to Israel to be baptized in the Jordan River.

In 2004, Joanna purchased a 2,217 square foot house in Encino, California, for $670,000, and in 2014, it was reported that the home was in danger of foreclosure because Krupa owed $725,000 on her mortgage; she denied the allegations, and the 4-bedroom home was sold for $689,000 in 2016. Joanna also owns a home in the Hollywood Hills, which made the news in 2016 when four armed robbers broke into the home and injured a man; it is believed that a home invasion also occurred on the property in February of that year.