Jim Chapman net worth: Jim Chapman is an English YouTube vlogger, blogger, and model who has a net worth of $2 million. Jim Chapman was born in Norwich, England. He is known for his men's fashion and pop culture YouTube channel. Chapman also has a second YouTube channel called EveryDayJim. He created his j1mmyb0bba channel in 2010. He was named to be one of the National Citizen Service's ambassadors in 2013. Chapman's YouTube channel has more than two million subscribers and more than 140 million views. In 2015 he was named the 17th Best Dressed Man in Britain by GQ magazine. Chapman is a co-host on the ITV comedy series Viral Tap and was a part of the YouTube Boyband that raised money for Comic Relief. He has collaborated with other YouTubers Alfie Deyes, Marcus Butler, Grace Helbig, Louise Pentland, Zoe Sugg, Joe Sugg, Tyler Oakley, Caspar Lee, and Louis Cole. 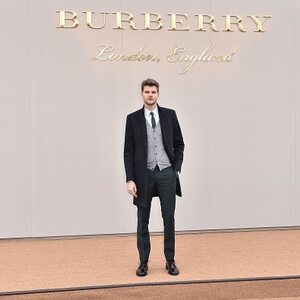