Jill Wagner Net Worth: Jill Wagner is an American actress, model, and game show personality who has a net worth of $4 million dollars. Born in Winston-Salem, North Carolina, in 1979, Jill Wagner earned a business management degree from North Carolina State University in 2001. She moved to California to pursue a modeling career and earned a regular spot on "Punk'd" on MTV.

That role led to a profile in "Stuff Magazine" and a spot on the Hot 100 Women of 2004 list put out by "Maxim" magazine. She went on to appear on "Monk", "Dr. Vegas", "Quintuplets," and "Junebug" before landing a 12-episode role on "Blade: The Series". She starred in the 2008 horror flick "Splinter" and began co-hosting ABC's "Wipeout" that same year. She left "Wipeout" in 2011 and was cast on MTV's "Teen Wolf" before returning to the ABC reality show a year later. She starred in 2014's "Wolf Watch". Wagner is known as "The Mercury Chick" after spending several years appearing in commercials for Lincoln-Mercury cars. Other TV and film credits include "Attack of the Show!", "Road to Paloma", "Bones", "Jimmy Kimmel Live!", "Stargate Atlantis", "and "Turning Blade". Wagner is a host of WGN America's "Inside the Vault", a news magazine program about the American man with Alonzo Bodden and Cris Collinsworth. 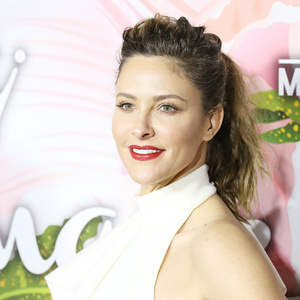