Jill Goodacre net worth: Jill Goodacre is an American actress and former model who has a net worth of $5 million dollars. Jill Goodacre was born in Lubbock, Texas, and became a household name as one of the first models featured in the Victoria's Secret catalogue. The company was quite small when it began, and she and two other models were used in all of their early advertisements, catalogues, and retail store advertising.

They served as the face of the brand as it grew throughout the 80s. She then went on to a moderately successful acting career, appearing in such projects as "Play for Today", "The Nation's Health", "Odd Jobs", "Worlds Beyond", "Friends", and "The Uninvited". She also provided voice over work for "The Duckman", and appeared in "Simply Mad About the Mouse". She is married to award-winning musician, Harry Connick, Jr., and directed his 1993 concert, "Harry Connick Jr.: The New York Big Band Concert". 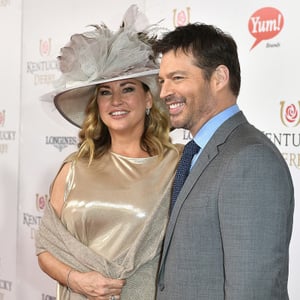