How much is Jessica White Worth?

Jessica White net worth: Jessica Angel White is an American model (and occasional actress) who has a net worth of $5 million dollars. Jessica White was born June 21, 1984 in Buffalo, New York, where she was also discovered at the age of thirteen by a model scout. She was later signed to a contract with IMG (International Management Group) in the year 2000. Her very first modeling job was an editorial for Vogue. Additional career highlights include print and television work with CoverGirl, Jean Paul Gaultier, Chloé, Gap, Harper's Bazaar, several issues of Sports Illustrated, Victoria's Secret Fashion Show (as well as Victoria's Secret print/catalogue work) and Maybelline. White also appeared on the Tyra Banks Show in 2007, where she was dubbed by Tyra "…the model of her generation." Additional runway credits include modeling for top designers such as Ralph Lauren, Oscar de la Renta, Tommy Hilfiger and Marc Jacobs. The movie role she is best known for to date is as a bra model in Big Momma's House 2. White also appeared in music videos for Big & Rich, Jay-Z, Robin Thicke and Trey Songz, as well as John Legend's 'So High' video in 2005. She reportedly dated Legend for a short time. She has also been rumored to have dated Vin Diesel in 2005 and famously dated Sean Penn. In 2010 she was reportedly arrested for assaulting a woman in New York City and subsequently gave an interview to People magazine in March 2011, in which White calls her involvement in the New York City altercation "self defense" and goes on further to say, "I was flagging a cab and she came from behind me and pushed me." 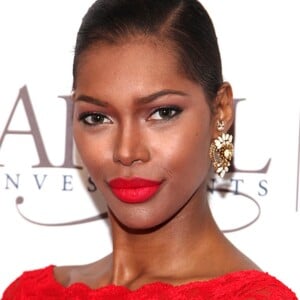