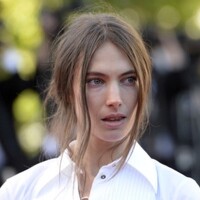 Jessica Miller Net Worth: Jessica Miller is an American fashion model who has a net worth of $5 million dollars. Born in Las Vegas, Nevada, in 1984, Jessica Miller grew up in Sin City. Her father worked as a carpenter while he mother performed as a Vegas showgirl. She enrolled in modeling school when she was 15 and soon signed with her first agency. Within two years, Miller landed a contract with Calvin Klein. She has appeared in advertisements for dozens of international brands, including Adidas, Chanel Cosmetics, Elie Tahari, Fendi, Gap, Givenchy, Guess, Jimmy Choo, Miss Sixty, Swarovski, and Tommy Hilfiger. Miller's magazine covers include "Vogue Paris" and "Harpers Bazaar". She beat out Carmen Kass and Kate Moss to claim top honor of Model of the Year at the 2003 International Photographer Awards. She quit the runway in 2005, though briefly returned four years later to walk for several brands, including Givenchy and Fendi. Miller eventually left her agency to sign with IMG Models and has said she'd like to try pursing acting and musical careers. Miller has been romantically linked to several musicians, including Incubus' Brandon Boyd and System of a Down's Daron Malakian. The five-foot-ten model is now engaged to Metallica's Lars Ulrich.